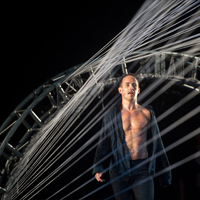 • Check the website for full details on showtimes and tickets

Brian Brooks Moving Company
June 1-5
Choreographer Brian Brooks fuses "minimalist rigor with flamboyant whimsy" (The New Yorker). For its Joyce debut, the Brian Brooks Moving Company will present a world premiere, as well as MOTOR, performed under a set that stretches three miles of cables beyond the stage and over the audience. Touring internationally since 2002, the group was described by Deborah Jowitt in The Village Voice as "smart, utterly unpretentious heroes; they make your eyes water and your spirit soar." 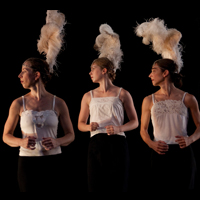 Monica Bill Barnes & Company
June 2-4
Dubbed by The New York Times as "the master of the dance equivalent of a sly guffaw," Monica Bill Barnes returns to The Joyce after sold out performances this summer. The company will present three works: Suddenly Summer Somewhere (2007), the New York premiere of mostly fanfare (2010) and the world premiere of Everything is getting better all the time (2011). This evening of outrageous and whimsical dance is full of surprise and borrows from the glamour of rock concerts, the good will of a little league game, and the enthusiasm of a high school marching band. Come see this unique company, which "can stir your heart as well as make you laugh" (The Village Voice, Deborah Jowitt). 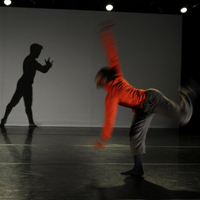 The weekend's afternoon programs feature Kyle Abraham's Abraham.in.Motion performing one of his newest works, The Quiet Dance; Gregory Dolbashian's The DASH Ensemble presenting Like the eagle, a sensual piece full of dramatic tension and soft conflict; and the Faye Driscoll Dance Group performing not...not, part I, an examination of the poignant tension between beauty, power and desire. 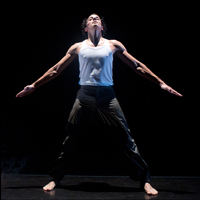 Heralded by The New Yorker as "an arresting new talent," Kate Weare returns to the Joyce with more of the striking physicality and evocative performance style that sold out houses here in 2010. The company presents two works: Garden (world premiere), grappling with the powerful issues of creative impulse, origination and identity, and a revival of the critically acclaimed Lean-To (2009), described by Deborah Jowitt of The Village Voice as: "eroticism in its primal, devouring purity - challenging, at times ambiguous, and infinitely complex."

CorbinDances
Jun 8-12
CorbinDances celebrates its fifth anniversary with the premiere of Shady, an evening-length suite of dances based on a single phrase of movement. Once one of Paul Taylor Dance Company's most beloved dancers and now a proven choreographer in his own right, Patrick Corbin explores community, humanity and sexuality, 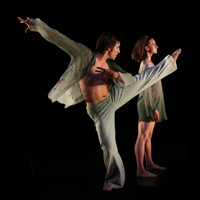 striving for a greater understanding of "Us." CorbinDances' work is described as "fully and uncompromisingly danced... uninhibited, brash, spirited, musical, [and] space engulfing." -- Lisa Traiger for Dance Magazine.

The weekend's afternoon programs feature Julian Barnett performing his gorgeous solo Echologue; Sydney Skybetter's ensemble, Skybetter and Associates, presenting the world premiere of Temporary Matters, as well as a revival of Halcyon; and Ashleigh Leite returning to New York to present The Zoo, an explosive work with music by The Magnetic Fields

and an original sound design by Leite herself. 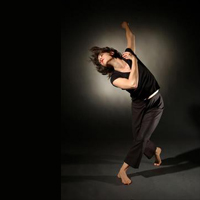