If These Walls Could Talk - Carlos Celdran's Manila at Harbourfront Toronto

Toronto, meet Manila – Carlos Celdran’s Manila
If These Walls Could Talk
The world-famous walking tour of Intramuros, the old walled city of Manila, Philippines
May 28 & 29 at Harbourfront

TORONTO, ON  – In celebration of Asian Heritage Month in May, Kapisanan Philippine Centre for Arts 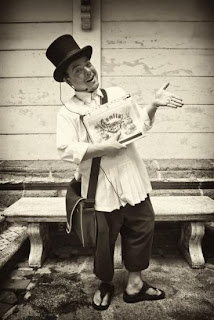 and Culture and Harbourfront Centre take you to Manila… without leaving Toronto!

Kapisanan welcomes Carlos Celdran as their visiting artist. Celdran, a Philippine-based performance artist dubbed “The Pied Piper of Manila,” comes to perform his world-famous walking tour of Intramuros, titled If These Walls Could Talk. The weekend of May 28-29, 2011, Harbourfront Centre’s grounds will star as Intramuros, the Spanish-built walled capital of colonial-era Philippines. Celdran’s walking tour is “…an exercise in historical chika (gossip), anecdotal intrigue and swashbuckling narrative” (The Manila Bulletin).

“Celdran’s artistic, irreverent, and wildly entertaining brand of nation-building through his performative historical tours of Manila is something that would be very relevant to not only the broader audience looking for a new cultural experience, but also young Filipino-Canadians searching for their roots and Filipino immigrants yearning for a familiar story from home,” says Kapisanan Executive Director Caroline Mangosing.

A multi-disciplinary artist trained at the University of the Philippines and later on at Rhode Island School of Design, Celdran has exhibited his works in his home country and abroad, and for six years served as the artistic director of Walang Pamagat (meaning “No Title” in Tagalog), the first experimental theatre company in the Philippines. Most recently, as a relentless advocate for the Philippines’ controversial 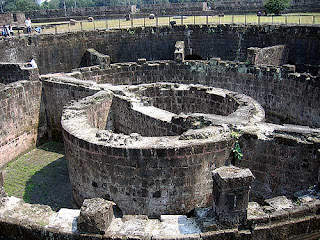 Reproductive Health Bill, Celdran’s notorious performative protest against the Catholic church has attracted coverage by international press, including CNN and the Financial Post. Celdran was featured in Forbes Magazine’s 2011 list of “Names You Need to Know”.

Celdran’s Toronto performances are part of an exchange program with Kapisanan’s resident artists, Kristina Guison and Eric Quebral. His performance of If These Walls Could Talk at Harbourfront Centre will be followed by a week-long run of a staged version of his walking tour of the Cultural Centre of the Philippines. This disco-infused, gossipy, geopolitical, unauthorized biography of Imelda Marcos, the woman who commissioned the Cultural Centre of the Philippines, is aptly titled, Living La Vida Imelda.

IF THESE WALLS COULD TALK
Co-produced by Kapisanan Philippine Centre for Arts & Culture and Harbourfront Centre
Kapisanan would like to acknowledge The Ontario Arts Council and The Canada Council for the Arts for their generous support of this project.