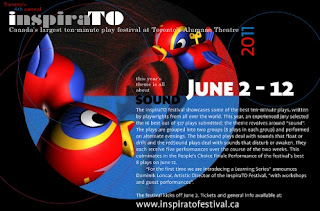 16 plays in ten-minutes or less – it’s like speed dating with a live audience!

• Tickets are available through www.uofttix.ca

Toronto, ON – Canada’s biggest ten-minute play festival is back for a 6th year and it’s bigger than ever! Featuring 16 exciting new plays by a diverse array of playwrights, this festival is Toronto’s only chance to experience the thrilling genre of the ten-minute play. The InspiraTO Theatre Festival kicks of June 2nd, 2011 at the Alumnae Theatre for a limited run.

The ten-minute play is original, relevant and edgy. Some call it the haiku of theatre; short, thought-provoking plays. Audiences experience a range of perspectives in a single sitting – from the serious to the absurd and everything between. It’s like speed dating only with real drama substance.

Each year, the InspiraTO showcases the best ten-minute plays, as selected by an experienced jury, based on a theme of the senses. Out of the 327 plays submitted for this year’s topic of sound, 16 plays have been selected with Elephant by Jordan Davis taking first prize. 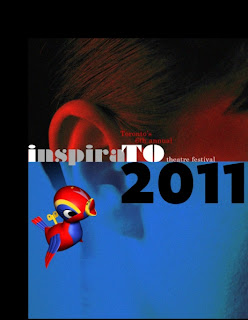 The 16 plays are grouped into one of two groups and will be performed on alternate evenings. The blueSound plays with sounds that float or drift and the redSound plays deal with sounds that disturb or awaken. They will each receive five performances over the course of the two weeks.

Returning to InspiraTO this year is the Ten Day Playwriting Contest, which offers audience members the opportunity to write a ten-minute play in ten days. The play must be on the theme of sound along with two elements that will be revealed once the contest opens at the start of the festival.

The winning playwright will receive a $250 prize plus a staged reading of their work during the final performance on June 12th. Audience members, they will once again be able to participate by casting their vote for the very popular People’s Choice Award.

New to InspiraTO this year is a series of four workshops that will be offered over the course of the two weeks. IntheRaw will feature plays by two young playwrights and focus on the process of taking a play from page to stage. A Perfect Ten will feature the members of the InspiraTO selection committee who will discuss what they look for when selecting plays for the festival. Lumir Hladik, Associate Artistic Director and Set Designer for InspiraTO, will lead Soundscapes: Rousing the Emotions, which will focus on how various sounds can be used in theatre and the effect they have on the audience.

The final workshop of the series is RapidFire. Five local theatre companies (FIXT Point Theatre, bcurrent, Suitcase In Point Theatre, and Lisa Maher with Kate Kudelka) will be given three days to create a ten-minute play on this year’s theme. Each play will be giving a performance followed by a discussion on the creation process.

Founded in 2006 by Dominik Loncar, InspiraTO aims to make theatre accessible by producing quality ten-minute plays and showcasing Canadian actors, directors, and playwrights. To date, they have received over 1,100 play submissions and produced 61 ten-minute plays.

• Images were chosen at random from the selection available 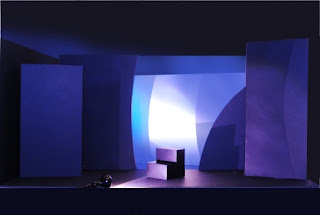