LULAWORLD Music Fest at Toronto's Lula Lounge Continues to May 22

on May 13, 2011
From a media release - due to circumstances beyond my control (ahem... blogger/Google!) I couldn't get this up in time for opening night, but there's plenty left: 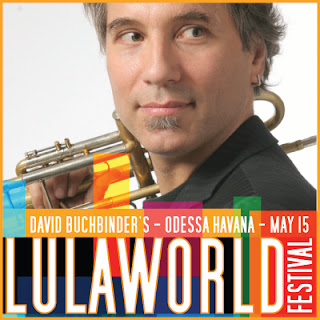 While the focus is on Canadian composers and musicians, the festival kicks off with sizzling Latin / jazz artist AMANDA MARTINEZ and a visit by Colombian sensation BOMBA ESTEREO. What follows are nine more nights of thrilling performances and workshops by multilingual vocal powerhouse PATRICIA CANO, Jewish-Cuban fusionists ODESSA HAVANA, Italian muse DANIELA NARDI, multi-instrumentalists DOMINIC MANCUSO & LOUIS SIMÃO w/ the award-winning ROBERTO OCCHIPINTI and more! There will also be an artist reception April 12 at Lula Lounge from 6-8pm with The Heavyweights Brass Band entertaining at 7:30 pm. For more information please visit www.lula.ca

The New Canadian songbook is sung in Spanish, Portuguese, Malagasy, French and Italian, as well as the more than one hundred and thirty other languages and dialects in which Canadians express themselves musically. 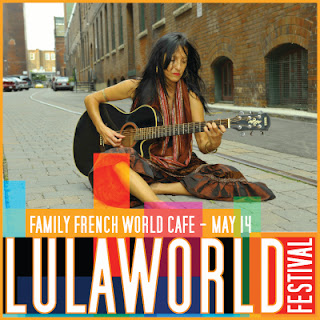 Canadians with roots around the globe continue to sing the traditional songs from their respective cultures and newcomers to Canada are also composing, performing and recording their own original pieces - redefining the meaning of Canadian music and enriching our cultural fabric.

Each year, the LULAWORLD festival provides a unique perspective on the dynamic world music scene being cultivated in Toronto. Many performers from previous years return to preview their latest compositions, or present new collaborative projects that cross the common boundaries of genre and culture.

In particular, the Latin music scene in Toronto and all of Canada is exploding - and the world is listening. Not long ago there were only a handful of Latin bands in Toronto; the city now boasts more than a dozen distinct groups comprised of professional A-list artists. This year the festival will also feature a two-part salsa presentation entitled SÍ CANADA which highlights Canadian salsa compositions and more top-notch musicians.

• LULAWORLD 2011 CONCERT SCHEDULE AT A GLANCE