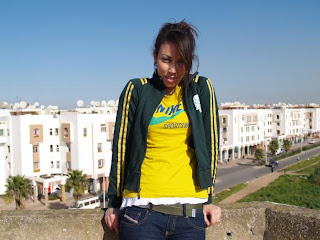 Soultana, a popular rapper from Rabat, is a pioneer of Morocco’s booming hip-hop scene. She received the prestigious Key Award from the Mawazine Festival in 2008 as a member of Morocco’s first female rap group, Tigresse Flow, and since then has carved out a solo career performing regularly at some of the country’s top festivals. She is particularly known for rapping about women’s issues and the challenges faced by her generation. This concert is her New York debut.

Under the High Patronage of His Majesty King Mohammed VI, co-presented as part of World Nomads Morocco. The annual World Nomads festival, produced by the French Institute Alliance Française (FIAF), celebrates the phenomenon of 21st-century transculturalism through the arts and scholarly discussion. It offers a platform for the exchange of ideas and artistic expression among traditional and contemporary cultures. The festival returns this May at a particularly suitable time for its fourth edition, to celebrate the many facets of Morocco.
african music joes pub nyc live music in new york moroccan rap north african rap rap music world music