Off Broadway Review: What Happened in Ohio (Continues to May 22)

• Get your tix here

What Happened in Ohio is a meditation on loss and coping with its haphazard intrusion in our lives. It begins with one of the many original songs, Everyone's Itchin' to Feel Alive A'fore They Die, with lines like "I've been hugging the possibility that I'll be high again one of these days" and a piece that goes on to suggest that may or may not be possible. It's fleshed out by a very talented quartet of performers who act, perform choreography, play guitar, harmonica and mandolin and sing, hum and whistle beautifully in twangy four part harmony.

The play unfolds in a series of scenes and snippets - a coherent scene here, a song there, along with storytelling and philosophical dialogue. Choreography moves the piece along from segment to segment, some of it acting out the motions of a scene, other parts more stylized, adding another dimension to the words. They gather eggs, change a lightbulb, make a bed that consists of two of them lying on the ground. It's a really imaginative mix that looks at the central theme - what happened in Ohio - in various ways.

That central story is one about four siblings struggling with the long aftermath of a tragic accident. While the incident itself is never fully detailed, the piece revolves around several stories and incidents of loss. People die and move away, or they try to leave and can't quite make it, and those that remain have to cope.

"Sometimes I get lonely."

"I don't believe in loneliness."

There are recurring themes and images, some of which appear only to loop back into the story later on, including gravestones, accidents and Josie's landfill. The 1950's era accents come and go, in keeping with the lines that at times have a homespun colouring, at others a distinctly contemporary tone - like the reference to an Edward Norton scene on video - no doubt the result of the piece's metamorphoses from a play strictly about the four siblings in the rural mid-century midwest to one that incorporates the four performers themselves. Like a lot of contemporary theatre, it makes the piece a little hard to describe, but very absorbing to watch.

"When you want something so badly, it rarely comes true." The play's main sentiment softens slightly by the end. "The train does come when you're on the right track." You'll enjoy the music as much as the acting in this poetic and inventive piece. 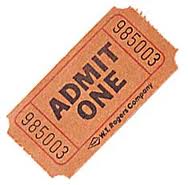