on May 26, 2011
From a media release - one of the many great things this blog has brought me is that people keep introducing me to great music: 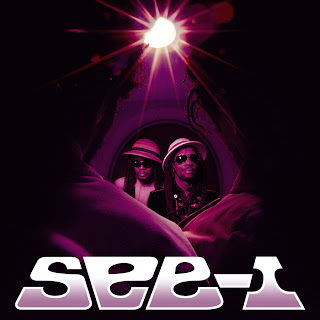 Download Instructions
• On a PC: right click, select “Save This Link As…” and choose the destination for the file on your computer.
• On a Mac: option-click on the link. File will download to your desktop.

The story begins with two brothers, Rootz and Zeebo, who found their way from college in North Carolina via the Caribbean only to end up in Washington, DC.  It was in the cultural melting pot of the Nation’s 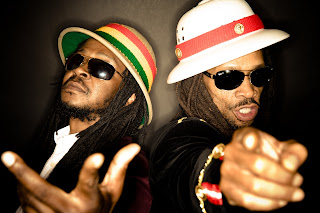 capital that they developed their creative and musical talents.  In the heady days of the late 1980s, the brothers Steele would launch the project that has defined their lives: See-I.  They quickly became a fixture of DC’s burgeoning Reggae scene crossing paths with Reggae aficionado Eric Hilton who was determined to include them in his future projects.  Hilton was opening the Eighteenth Street Lounge and associated record label, and brought Rootz and Zeebo on board.  Throughout the 90’s and into the coming millennium they would go on to record, perform and tour with Thievery Corporation.

Then in 2005 Zeebo and Rootz started a regular Wednesday night gig at the Eighteenth Street Lounge that would see them coalescing one of the greatest live bands the city has ever seen. Slowly gathering momentum, guest musicians and members – from the Thievery Live band and the Chuck Brown band amongst others – the See-I live band would grow into a nationwide touring phenomenon, and are now considered one of America’s premier Reggae party bands. 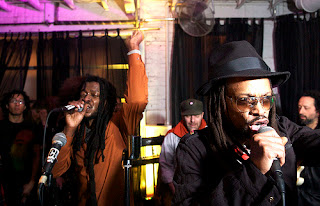 At long last, after years of live performances, an album has been made. Produced by Zeebo, Enea Diotaiuti and Rob Myers (Sitar/Guitar with Thievery Corporation, Thunderball and Fort Knox Five), See-I’s 13-track debut album is an epic showcase of the energy, sound and talent of this exciting group. This is Reggae music for music lovers, so sit back and enjoy the ride!

About Fort Knox Recordings:
Fort Knox Recordings is the renegade funk n’ soul label from Washington DC. Established in 2003, our mission is to explore the funkier side of global music. Fort Knox is set to ‘Tell It Like It Is’ by smashing the artificial barriers established by the ‘System’ that keeps all ‘Good’ music down. Forget about tempos and genres – we want to take you back to the roots and reunite all music from our funk, dub and soul brothers – you dig? So stop being so serious, this is music, it’s supposed to be fun.