Toronto, ON – A clown apocalypse in coming! For four days only, some of the world’s top clowns, bouffons and physical theatre performers will be unleashed in Toronto for the sixth annual Toronto Festival of Clowns. 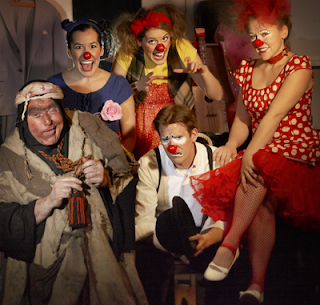 Promising some of the most hilarious, peculiar, imaginative and outlandish shows, the 2011 festival opens June 2nd, 2011 at the Pia Bouman School for Ballet and Creative Movement.

A hotbed of various types of clowning in North American and European traditions, the weekend features five full-length shows, 2 for one night only and 3 performed twice over the course of the four-days. This year’s lineup includes two downtrodden clowns, played by Diana Kolpak and Shantelle Simone Landry, armed with cream pies and ingenuity fighting a relentless Ringmaster in order to escape a surreal tragedy-filled circus in The Antidote.

Making his Toronto Festival of Clowns debut is Montreal based physical theatre wonder Attila Clemann, who will take audiences through a space-clown odyssey in Quark. Triple Bill consists of a trio of Toronto favourites, Rachelle Elie, Stevie Jay and Eric Miinch who will hit the stage for wild ride through comedy and satire in three mini pieces. 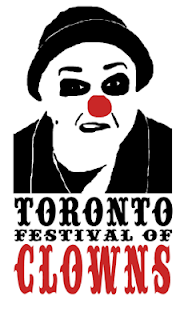 The two one-night only shows are not to be missed. This year, sketch vets Sandra Battaglini, Precious Chong, Phil Luzi and Chris Sawchyn will grace the stage with their unique brand of wit and satire in The Specials. The second one-night only show comes from the Dora winning Keystone Theatre with their creation of A Bit of Business. The show features Richard Beaune, Kimberly Beaune, Phil Rickaby and Dana Fradkin.

Each night of the festival will also feature a cabaret and the extremely popular Masters of Clown showcase. Red Nose District will kick off the festival with the ever amusing Morro and Jasp. They are taking over the red carpet as the Red Nose gets an award show makeover like no other. There will also be the ever popular Lunacy Cabaret and a Student Night that will feature the best work to come out of recent physical theatre workshops across the country and the presentation of the second annual Mark Purvis Bursary that funds a students future study in physical performance.

The Master of Clown night will feature clown greats Francine Côté and James Keylon, known for their work as world renowned clown teachers, as well as the famous clown duo Alfredo et Adrénaline. They both have over 30 years experience working in the creation of comic, physical and clown characters and have played around the world many times over. 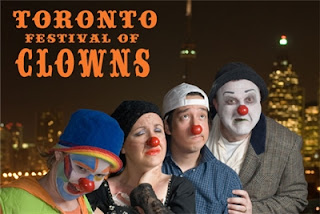 Founded in 2006 by Dave McKay, Sarah Buski and Adam Lazarus, Toronto Festival of Clowns provides new and established clowns and physical performers the opportunity to create and showcase they work. The festival also aims to create awareness of the various forms of physical theatre that are encompassed under the umbrella of “clown”, such as red-nose, mime, bouffon, busking, movement, slapstick, commedia del arte, vaudeville, mask and character work.