on May 23, 2011
Update June 14 - Sad news! Youssou Ndoor has cancelled all his upcoming Canadian dates, including appearances in Ottawa & Montreal. According to the Montreal Gazette, the West African singer's management was not able to complete visa requirements in time! :(

From a variety of sources:

• Check the link for all ticket information

It kicks off with Aretha Franklin and Dave Brubeck and never looks back - you'll really need to look at the calendar and check everything out in detail, but here is a look at some of the highlights. 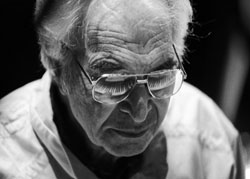 Dave Brubeck, designated a “Living Legend” by the Library of  Congress, continues to be one of the most active and popular musicians in both the jazz and classical worlds. With a career that spans over six decades, his experiments in odd time signatures, improvised counterpoint, polyrhythm and polytonality remain hallmarks of innovation. 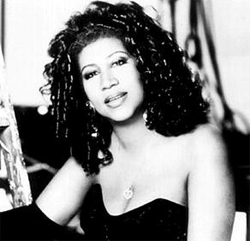 Aretha Franklin is the undisputed “Queen of Soul” and the first woman inducted into the Rock and Roll Hall of Fame. She is a singer of great passion and control whose finest recordings define the term soul music in all its deep, expressive glory. As Atlantic Records co-founder Ahmet Ertegun observed, “I don’t think there’s anybody I have known who possesses an instrument like hers and who has such a thorough background in gospel, the blues and the essential black-music idiom.…She is blessed with an extraordinary combination of remarkable urban sophistication and of the deep blues feeling that comes from the Delta. The result is maybe the greatest singer of our time.”

• Free
• Admission is free.
• Doors will open at 7:00pm. • There will be no tickets,  or seating.
• Access to the Marquee will be on a first come, first served basis (wristband policy in effect - one wristband per person).
• Outdoor video screens in the Square will make the concert accessible for everyone. 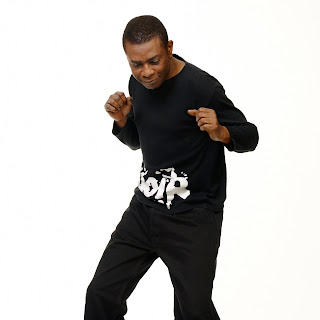 After countless forays into the western world, Youssou N’Dour chose Dakar as a base from which to lead his geopolitical campaign in music. His strategy is pan-African: "What all of us Africans share is much more important than what we don't share," says this elegant, fifty-year old youngster, who grew up in the Medina in Senegal's capital city, Dakar. Bringing unity to the African continent has been his priority for a long time; the key (along with love, opinions and a great festive sense) lay in the professional practise of music for some thirty-seven years. Yet his career was bound to lead to a form of musical expression that has become universal: Reggae, which was born in Jamaica in the Sixties. 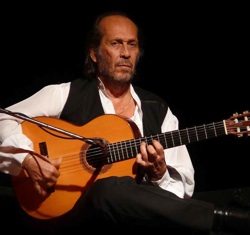 Paco de Lucia / Opening - Edmar Castaneda
Sony Centre
Mon June 27 8:00pm
Paco de Lucia, world renowned flamenco guitarist, will set the Sony Centre alight on Monday, June 27 as he plays with unparalleled speed, precision and passion. Pat Metheny calls him, “the greatest in the world, period.” Paco de Lucia, one of the greatest living guitarist in the world, was born Francisco Sanchez Gomez in Algeciras, a city in the province of Cadiz, in the Southernmost tip of Spain on December 21st, 1947. His stage name is an homage to his mother Lucia Gomez. 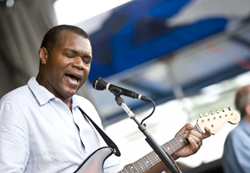 Robert Cray has been known as one of the most popular artists in blues and soul music. Cray helped to shape the blues on the national scene in the 1980s with his breakthrough album Strong Persuader in 1986. His soulful and creative guitar work has been a dominant force in blues. Over the years Cray’s musical influence has been recognized and acknowledged. He was inducted in the Blues Hall of Fame on Wednesday, May 4, 2011 at the Memphis Marriott Downtown in Memphis, Tennessee.

The exceptionally gifted American soprano, Jessye Norman, received in 1961 a scholarship to study at Howard Univversity in Washington, D.C., where she had vocal lessons from Carolyn Grant. She continued her training at the peabody Conservatory of Music in Baltimore and at the University of Michigan, where her 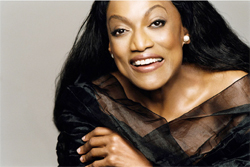 principal teachers were Pierre Bernac and Elizabeth Mannion. In 1968 She won the Munich Competition.

Jessye Norman made her operatic debut in 1969 as Elisabeth in Tannbauser at the Berlin Deutsche Oper. She appeared in the title role of L'Africaine at Florence's Maggio Musicale in 1971, and the following year sang Aida at Milan's La Scala and Cassandra in Les Troyens at London's Covent Garden. Subsequently she made her USA stage debut as Jocasta in Oedipus rex and as Purcell's Dido on a double bill with the Opera Company of Philadelphia in November 1982. She made her Metropolitan Opera debut in New York as Cassandra in September 1983 (or Les Troyens of Berlioz, which opened the company’s 100th anniversary season in 1983). Numerous operatic appearances at the Metropolitan Opera followed, the most recent of these was her celebrated portrayal of the title character in the Met’s premier production of Janacek’s The Makropulos Case in 1996. 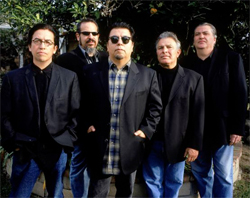 More than three decades have passed since Los Lobos released their debut album, Just Another Band from East L.A. Since then they’ve repeatedly disproven that title—Los Lobos isn’t “just another” anything, but rather a band that has consistently evolved artistically while never losing sight of their humble roots.

Since their breakout 2004 self-titled album, which went twice platinum and garnered a Best Pop Performance Grammy for the No 1 hit single “Heaven,” Los Lonely Boys have toured all over the world, performing roughly 200 shows to more than 350,000 fans in 2009-10 alone. Their last studio album, 2008′s ‘Forgiven,’ earned the band even more critical favor, with the LA Times extolling that it “oozes bone-deep feeling throughout.” The band recently performed at the March for Immigration Reform on the National Mall in Washington before an audience of 90,000. 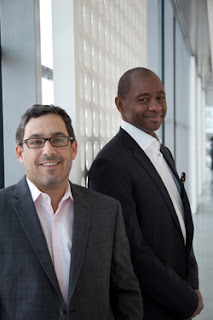 Songs of Mirth and Melancholy

Few contemporary pairings of saxophonist and pianist have been as inspired and productive as that of Branford Marsalis and Joey Calderazzo. Since replacing the late Kenny Kirkland in Marsalis’ quartet in 1998, Calderazzo has blended seamlessly into the uncompromising creative atmosphere of the ensemble and revealed new facets of his own conception, while Marsalis in turn has been inspired by the pianist’s challenging instrumental support and growing strength as a composer. The relationship grows ever deeper, as documented on the new Marsalis Music CD Songs of Mirth and Melancholy.

A thorough examination of Kenny Barron's musical accomplishments over a span of 50 years necessitates a discography of more than 200 pages. That's because in addition to a distinguished career as soloist and leader he has served as one of the most dependable sidemen in all of post-bop mainstream modern jazz. More than 40 albums have appeared under his name, and his presence on literally hundreds of recordings by other musicians paints a panoramic picture of Kenny Barron's lifelong devotion to the music. 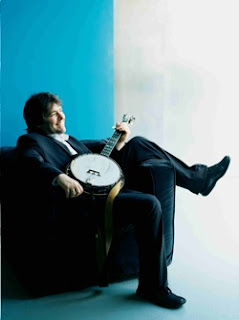 Bela Fleck returns to Toronto with The Original Flecktones (Victor Wooten, Futureman and Howard Levy). This tour is in support of an upcoming release, their first recording in over 19 years. Born and raised in New York City, Béla began his musical career playing the guitar. In the early 1960's, while watching the Beverly Hillbillies, the bluegrass sounds of Flatt & Scruggs flowed out of the TV set and into his young brain. Earl Scruggs's banjo style hooked Béla's interest immediately. "It was like sparks going off in my head" he later said.

Bootsy Collins is best known as the bassist for Parliament/Funkadelic and leader of Bootsy's Rubberband in the late 70's.

Bootsy got into music long before he became a part of Parliament/Funkadelic. Growing up in Cincinnati OH, he started playing guitar and bass at an early age. When he was 14 he led a band that did recording sessions 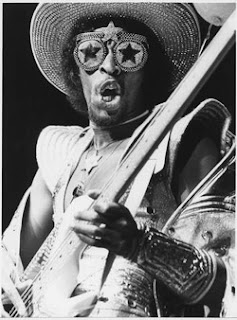 at Kings Records with Charles Spurling.

The Godfather of Soul was so impressed with the band that, he sent them on tour with his production Artist like: Marva Whitney, Hank Ballard, to name a few, then he asked them to become his regular band in 1969 and Bootsy's band was re-named the J.B's. After touring all around the world, with James Brown, Bootsy and the group were ready to do their own thing. When the band returned from England in 1971, they decided to leave James Brown and launch their own career.

That is when Bootsy met up with George Clinton and became a part of Parliament Funkadelic. In 1975 Bootsy and his band did some recording on their own under the name Bootsy's Rubberband, based on their single, Stretching Out. Together, Parliament/Funkadelic and the Rubberband put on some of the most stunning and evolutionary live Funk shows.

Bootsy now lives in his hometown of Cincinnati OH and spends much of his time producing Movie, game and animation scores, along with producing and mentoring young talent. Check out the artists section of the site to find out more about the groups on his label, Bootzilla Productions.
flamenco guitar funk jazz solo piano toronto arts festival toronto jazz festival