on May 07, 2011
From a media release - a little late for tonight's opening, but there's plenty left on offer till the 15th

Toronto - It would make for a heck of a dinner party, with table talk for the ages – Leonard Bernstein, Leonard Cohen, and Lenny Bruce.

The Three Lennys – a 19-part series celebrating the extraordinary lives and careers of Leonard Bernstein, Leonard Cohen and Lenny Bruce - is the featured sidebar series at this year’s Toronto Jewish Film Festival. Through documentaries, concert films, shorts and a feature biopic (many of them rarely or never-before-screened) and featuring special guests, The Three Lennys pays tribute to three icons. Alexander Bernstein, son of the late, legendary conductor/composer Leonard Bernstein - the founding Chairman of the Leonard Bernstein Center for Learning, dedicated to stimulating and deepening academic learning through the Arts - will be in attendance for several of the screenings.

The Festival begins Saturday May 7th with the North American Premiere of Looking For Lenny, directed by Elan Gale, at The Underground (186 Spadina Ave.) at 9:15pm. The film looks at the late, great Lenny Bruce, featuring interviews with mavericks from the comedy world, colleagues, and friends of the iconoclastic comedian/social commentator.  Bruce broke all taboos in revealing societal hypocrisy. A number of young, contemporary comics also offer their views on his legacy and the debt they owe his groundbreaking 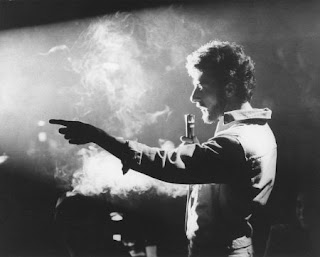 The Three Lennys includes highlights such as:  Leonard Cohen: Bird On A Wire, directed by the esteemed Tony Palmer. This screening is co-presented with TIFF Bell Lightbox and Scored, a Montreal-based arts organization. Palmer was given incredible access to Leonard Cohen during his 1972 European tour of 20 cities.  This Special Presentation, will include director Palmer in conversation with TIFF`s Jesse Wente, and will take place at the Lightbox. The Festival presents a midnight screening of the rarely-screened Night Magic, a pop opera with music by Leonard Cohen and Lewis Furey. Other gems include The Making of West Side Story, and A Journey to Jerusalem, a record of Leonard Bernstein’s historic concert on Mount Scopus after the Six-Day War. The documentary was shot by famed filmmakers/cinematographers the Maysles Brothers and Richard Leacock.  This is an extremely rare print, on special loan to the TJFF from the Steven Spielberg Jewish Film Archive, The Hebrew University of Jerusalem. 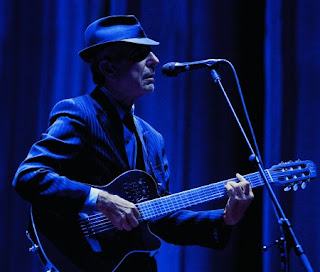 TJFF closes out with Leonard Cohen: Live in London. This definitive concert, recorded live on July 17, 2008 in London’s 02 Arena, contains 26 songs and illustrates the mastery of the legendary Cohen, whose rich baritone voice and poetic lyrics have somehow become even more sublime and meaningful as he’s aged.  Also screening that evening is I Am A Hotel - a “dream in technicolor.” This rarely-screened treasure, written by Leonard Cohen and Mark Shekter, was one of the first music videos, and the second long-form music video to be produced (after Michael Jackson’s Thriller). It won numerous international awards, including the prestigious Golden Rose at the 1984 Montreux Television Festival, and stars Leonard Cohen, Robert Desrosiers, Toller Cranston, Anne Ditchburn, Celia Franca and others.