From a media release - I was at the press event this morning to hear Barbara Hamilton Award recipient David Ferry lament the dearth of mainstream media coverage for the performing arts, and City Councillor Kristyn Wong-Tam (Ward 27) - who was also instrumental in keeping Afrofest at Queen's Park this year - say rather poetically "I would like to challenge and cajole my mayor and fellow Councillors to release the song within them..."

Toronto, June 7, 2010 - At a press conference held June 7 at the Young Centre for the Performing Arts, the Toronto Alliance for the Performing Arts (TAPA) announced 171 nominations for 197 eligible productions that opened between June 1, 2010 and May 31, 2011 for the 32nd annual Dora Mavor Moore Awards which honour excellence in the performing arts in Toronto.

For the 2010-2011 season, 106 producing companies registered eligible productions. A total of 35 Dora Awards plus the Silver Ticket Award, the Pauline McGibbon Award and the Audience Choice Award will be given out in a glittering ceremony hosted by Craig Lauzon and Michaela Washburn on Monday, June 27 at the St. Lawrence Centre for the Arts in the Bluma Appel Theatre.

In the General Theatre Production Division, Soulpepper Theatre Company leads overall with 9 nods for 6 productions in this division (plus 1 in the Musical Theatre Division for a total of 10 nods). Buddies in Bad Times Theatre's Blasted and Factory Theatre's Brothel #9 tie for top production with 7 nominations each. The Obsidian/Nightwood production of Ruined garned 4 nominations, as did Volcano Theatre's Africa Trilogy.

in association with the Young Centre for the Performing Arts, is the front-runner with 7 nominations; Cahoots also leads overall in this division with a total of 9 nods for 2 productions.

In the Musical Theatre Division, David Mirvish shows lead overall with 5 nods for 2 productions - BILLY ELLIOT The Musical and PRISCILLA QUEEN OF THE DESERT The Musical (as well as 3 in the General Theatre Production Division for a total of 8).

In the Opera Division, 8 of 9 nominations go to 5 Canadian Opera Company (COC) productions with Death in Venice and Orfeo ed Euridice taking 2 each.

In the Dance Division, The National Ballet of Canada's Chroma earns top spot with 4 nods.

As well, in a special gift from the Bluma Appel Community Trust, a $5,000 prize will be awarded to the winning playwright of Outstanding New Play in the General Theatre Production Division for the six year in a

row, in addition to the continuation of Bluma's Indies comprised of a cash prize of $1,000 per winning category in the Independent Theatre Production Division.

• You can check out all the nominees at this link

TAPA's Audience Choice Award is co-sponsored once again this year by NOW Magazine and Yonge-Dundas Square. The public is invited to choose a winner from the list of nominees for Outstanding Production in the General Theatre Production, Independent Theatre Production, Opera, Musical Theatre, Theatre for Young Audiences and Dance Divisions. Theatre, dance and opera fans can cast their votes online at www.nowtoronto.com from Thursday, June 9, 2011 until 12:00 noon, Thursday June 24, 2011. The winner will be announced at the Dora Awards show ceremony and will receive a special plaque from NOW Magazine. 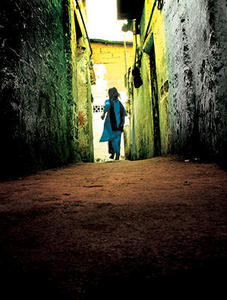 The Dora Mavor Moore Awards are administered by the Toronto Alliance for the Performing Arts. TAPA is an arts service organization that represents nearly 200 professional theatre, dance and opera companies in the City of Toronto and administers the Dora Mavor Moore Awards. In addition to the Doras, other programs and services provided by TAPA include: T.O. TIX - Toronto's Official One Stop Ticket Shop at Yonge-Dundas Square and online at www.totix.ca; 5 STAR EXPERIENCE Theatre & Dining Packages; Toronto's official Theatre Guide; hipTIX, offering $5 tickets to students between the ages of 15 and 29; citySPECIAL; the Commercial Theatre Development Fund; and the Travel Retreat Initiatives Program - TRIP. For more information visit www.tapa.ca and www.totix.ca. (images is from Factory Theatre's Brothel #9)