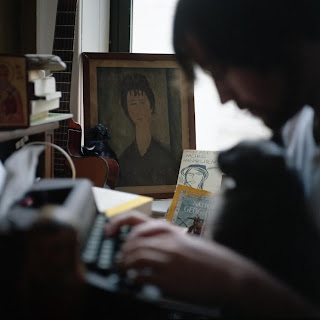 Classic records from the last fifteen years are often marked by bizarre combinations of influences: In the Aeroplane Over the Sea

blurs Wilco's melancholy, country-tinged indie rock with thick clouds of electronic noise; For Emma, Forever Ago blends autotune and acoustic guitars so seamlessly you'd think they had always been together. The list can go on and on.

God Bless The Hunger (June 21, 2011), the new release from NYC via Boston songwriter Gabriel Birnbaum under his Boy Without God alter-ego, follows in the footsteps of these new classics, combining forceful pop songwriting in the singer-songwriter tradition (John Phillips, Van Morrison) with extended forms, complex orchestration (Joanna Newsom, Nico Muhly), and the wilder side of jazz and improvised music (Albert Ayler, Charles Mingus). The result is a major work: an album that fuses its own set of unusual influences into a powerful whole. It's a record with musical depth and emotional impact, both relevant and timeless.

Birnbaum, once a young jazz saxophonist riding the Chinatown bus to NYC to perform at avant-jazz hotspots like Tonic and the Tea Lounge with musicians twice his age, taught himself the guitar in his late teens and began churning out secret no-fi symphonies, recorded alone in a bedroom and posted online under the pseudonym Boy Without God. Like the back catalogue of Dave Longstreth of The Dirty Projectors, these albums are as inventive as they are difficult, mingling acoustic guitars and harsh digital noise, pop melodies and dissonance.

is a massive step forward, out of the bedroom and into the studio. The album was recorded to tape at The Soul Shop, an all analog studio in an old piano repair facility in Medford, Massachusetts, with the help of a dozen other musicians (including members of Boston luminaries Debo Band, Hallelujah the Hills, Sleepy Very Sleepy, and Faces On Film, a group of like-minded musicians who have clustered around the studio). While some lo-fi artists struggle with the higher musical demands of increased fidelity, Birnbaum's immense orchestrations have always cried out for clearer recording, and they come into their own here under the bright aural light of magnetic tape. 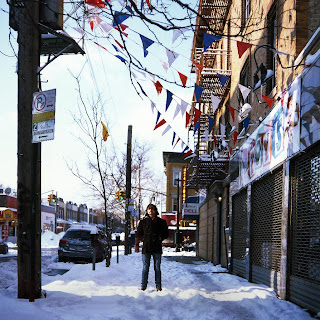 The album displays a startling array of styles, unified by the warm, expansive sound of the studio and anchored by Birnbaum's expressive baritone, a powerful voice that draws frequent comparisons to Bill Callahan and The National's Matt Berninger.  There are echoes of Sam Cooke and the Brill Building in the album's most accessible moments: the soul pop of “Sha La La” and the twisted version of the “Be My Baby” drumbeat that begins “City Kids.” But even in the few instances when Boy Without God nods to the past, the band never traps itself with wispy nostalgia, opting instead for celebratory lushness and explosions of energy.

From these touchstones, the album strides into more unexplored sonic territory: the slow, unstoppable, rubato build in “Love Letter” leads to climax after climax (including a guitar solo that sounds like Crazy Horse covering The Mahavishnu Orchestra and a saxophone solo that sounds like Dewey Redman sitting in on baritone with Godspeed You! Black Emperor), capturing the gut-wrenching intensity of love that can never quite be conveyed in words, and then coming down to earth with one unbelievably direct, sweet, final verse. “Can't Concentrate” is a slowly unfolding gem with harmonic invention and lyrical complexity that call to mind Joanna Newsom. But even this comparison falls short as the song splinters into a chaos of glockenspiel and chiming piano and then contracts into a gorgeous, honeyed vocal harmony. 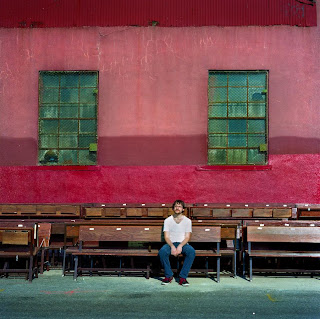 Birnbaum's lyrical holy trinity consists of sex, love, and death, and the lyrics on God Bless The Hunger revolve around all three, bucking current trends of mood-setting vagueness with artful directness. What other songwriter today would not only sing “I want to take you home and tie you to the bed” but make it sound sweet? “The Snow Speaks” is both a 6/8 soul jam and a meditation on impermanence and aging (with the snow metaphor echoing James Joyce's The Dead, one literary reference among many). The title track is a celebration of overpowering desire, set to a Velvet Underground stomp gone insane. And yet none of these reference points are necessary to feel the urgency of the album. This is music about being human. It is music with something very real at stake.

To celebrate the release of God Bless The Hunger, Boy Without God will be posting their first Daytrotter session and heading out on two US tours, the first of which will be kicked off by a tremendous album release show in New York. In addition to the unveiling of the physical form of the album, which will be a series of screened posters accompanied by digital downloads, the show will feature locally made food and drink, live music, and a multimedia art installation inspired by the record and featuring work from lauded artists such as Ty Williams and Devin Tepleski.