Celebrate Canada Day at the Gladstone, Toronto with Sonia Aimy

"Touching hearts and souls has always been my passion since I was a little girl. I have always wanted to tell the tale of the human condition through songs....this is my calling."

Batuki Music Society and the Gladstone Hotel present Sonia Aimy on Friday July 1, 2011 at the Melody Bar, the next in the World Concert Series that takes place on the first Friday of every month from 7 to 10 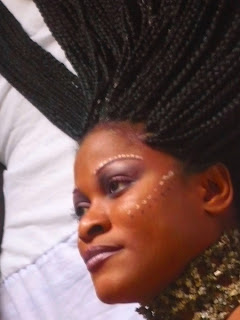 pm. All concerts are free; they feature a diverse lineup of performers with a strong focus on African music. Guest DJ Apollo will spin from his extensive collection of African popular and classic hits.

Though Sonia's singing roots are in her native Nigeria where her mother related folklore from the Bini tradition, her songs also come from traveling through western capitals as well as from fellow migrants she has been privileged to know, be they Africans themselves or Aboriginal Australians. Fluent in English, Italian and French as well as several African languages, Sonia is currently exploring Toronto's multicultural diversity, which, she says, is knee-deep in African music... and we might add, much richer too, once she takes the stage on Canada Day!

With a velvety voice comparable to the greats, Nigerian born songwriter, singer and actress Sonia Aimy is the quintessential virtuoso of world music. Her CD"Mother" brilliantly evokes highlife, afrobeat, jazz and the call-and-response of African griot tradition; her style is effortlessly afrojazz. Fluent in English, Italian, French and several African languages, Sonia enjoys exploring Toronto's diversity, which, already knee-deep in African music, will be much richer once she takes the stage on Canada Day!

Sonia "Aimy" Aimiuwu is a singer, actress choreographer and writer. Aimy's work experience in the arts has led her to work with the national theatre of Turin, Rome, Alma Theatre as well as RAI Radio Television Italia. She has performed at numerous concerts throughout Europe and often accompanied by 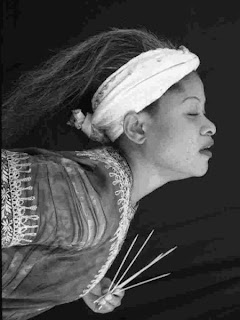 Aimy's music career started when she was in her teens, singing at St. Joseph's Catholic Church in Benin City, Nigeria. She developed interest in folk, traditional music and storytelling. She later enrolled in the Esigie Cultural Group to pursue further education in traditional music and dance.

When she came to Italy she studied jazz music and interpretation as well as theatre arts. This extra music education as well as practice through performances has allowed Aimy to craft a sound solely her own which is a beautiful amalgam of folk, afropop and jazz.

Sonia Aimy will be backed by a lineup of some of Toronto's top African players including guitarist Pa Joe, bassist Ebenezer Agyekum, keyboardist Suleiman Juma and Kwame on drums.

Batuki Music Society gratefully acknowledges the support of the Ontario Arts Council and the Gladstone Hotel.