If you've seen the posters, brochures and programmes from many of the dance performances in and around Toronto over the last few years, then you've probably already seen the work of photographer 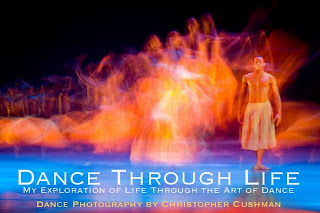 Christopher Cushman.With an eye finely tuned to the nuances of choreography, his images capture the combination of athleticism, artistry and emotion that is dance.

Born and raised in Detroit, MI, Christopher graduated from Ferris State University with a degree in illustration and design. His bent for visual arts led him to start experimenting with photography. "It was probably right after school," he says, "in the early '80's."  He remembers an uncle who first introduced him to the dark room and its techniques. Not long after he left school, however, changing technologies along with people's expectations provided the impetus to use photography in a more deliberate way.

"I used to paint portraits - you remember in the old days, people would sit there for a couple of hours at a time, five or six times," he laughs. "People didn't want to do that anymore! I began to take pictures and work from them." As he did, however, he found this interest in the process deepening in more ways than 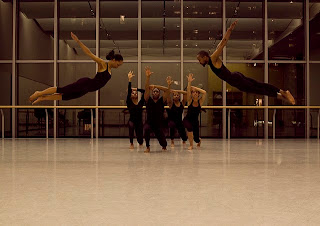 one. "It was a little bit of instant gratification for me," he admits.

A lifelong collector of art and photography books, he was further inspired by seeing an image of Robert Mapplethorpe's to pursue figure studies. "It hadn't crossed my mind to do anything like that," he says. His early work explores artistic fashion and portraiture, and in particular the male figure in both natural and architectural settings.

Of special note is a series of images taken in the famously derelict 15th Street Train station in Detroit which juxtaposed perfect bodies against the crumbling infrastructure. "I actually got to it before it was completely gone," he reports. It's an early example of the kind of "urban decay" photography that Detroit is 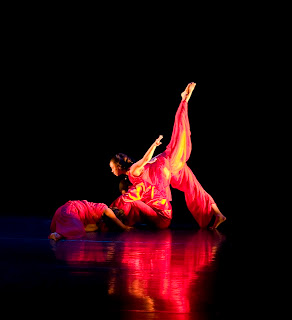 now quite famous for. Word of his gift for figure photography spread quickly. "To be honest, it became a kind of cottage industry. I've never had to advertise - people came to me."

From figure to dance seems like an easy step to make. "I've always been a big fan of dance," he says. Yet, it was a bit of happenstance that led to his taking up the genre. He credits a former roommate's request to invite another friend, a road weary professional dancer, to stay with them for a weekend with being his direct link to dance. From that point on, he began to meet more professional dancers and watched many performances. Picking up the camera came as a matter of course. "I was hooked from the get go," he admits.

Still, it's a fairly specialized field, and even with the initial enthusiasm, it remained an infrequent sideline until he came to Toronto and met dancer/choreographer Kevin A. Ormsby in 2006. Through him, he had connections to the city's Kashedance and Ballet Creole companies, and finally steady outlets for his work. He also mentions David Hou, a photographer who was working with Ballet Creole at the time for giving him useful practical and technical advice. Today, he's a regular photographer with both companies, as well as others based in Toronto. 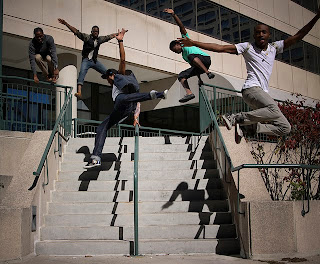 His practice is to attend rehearsals and famliarize himself with the choreography. "There are specific moments where, if you haven't captured them, you may as well have not bothered to show up." It means he's able to pull out separate moments, adding to the dramatic effect. He's shot Ballet Creole's Soulful Messiah, for example, five times. "I know every nuance of the piece." The images reflect that knowledge.

All of his work, from the earliest portraits to today's images of dance, is marked by a concern with drama and artistic composition, something he traces back to his studies in design. From the past to the present and into the future, he's enthusiastic about taking his skills to ever higher levels. "It's an ever evolving thing, photography," Christopher says. 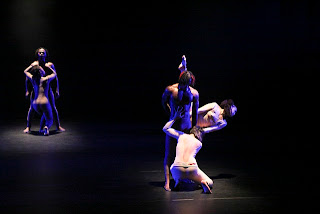