From Britain With Love: Indie UK Films in the US June 11 - July 9

in more than ten cities stateside from June 11 – July 9. 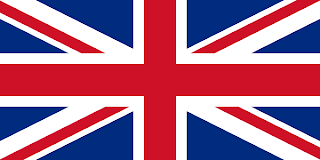 Scott Foundas, Associate Program Director, Film Society of Lincoln Center said: "We’re delighted to be curating From Britain with Love, which highlights the exceptional vibrancy of the British film industry, and offers our audience a wonderful opportunity to engage with new emerging UK talent. I hope that US audiences enjoy discovering these wonderful films and see for themselves the vitality and diversity the British film industry has to offer.”

From Britain with Love (http://www.frombritainwithlove.org/) will be a ‘first’ in making high quality independent British films accessible to audiences across the United States, and will feature the screening of each film on multiple screens in digital cinemas. The entertainment experience will be enhanced by presentations of ‘virtual’ in-conversation events with key talent from the films, including directors and cast, via online webcasts.

The project was inspired by and follows on the success of an earlier, March 2010 UK/Indian initiative, From Blighty With Love which screened seven UK independent films – including MAN ON WIRE, EASY VIRTUE and IN THE LOOP - across 2K digital cinemas in three Indian cities: Mumbai, Bangalore and Delhi. The project‘s public relations campaign, online and cinema program succeeded in reaching over 35 million people, and sold a thousand tickets to India’s English-speaking audience.

From Britain With Love will include three films making their US Premiere: TOAST, IN OUR NAME, THIRD STAR and three films that have had select festival screenings across the country: A BOY CALLED DAD, AFRICA UNITED and NEDS. The full line-up includes: 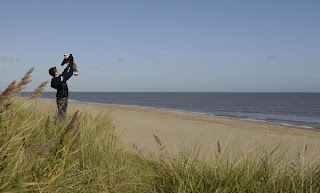 · A BOY CALLED DAD (80min)
Director: Brian Percival
The debut feature from BAFTA short film winner Brian Percival follows the story of a boy thrust into early adulthood when he becomes a father at the age of 14. Newcomer, Kyle Ward, delivers an impressive performance as the young boy and Ian Hart (BACKBEAT, HARRY POTTER AND THE
PHILOSOPHER’S STONE) plays the boy’s father forced to confront his son’s newfound situation and help usher him into a life with increased responsibilities, that neither of them have any choice but to embrace.
**Monday, June 27, 6 PM & Saturday, July 9, 11 AM

· AFRICA UNITED (98min)
Director: Debs Gardner-Paterson
The extraordinary story of three Rwandan children who walk 3000 miles to the World Cup in South Africa, Gardner-Paterson’s adventure focuses on a fantastic journey undertaken by the kids as they attempt to trek across seven countries, negotiating their way through a series of glorious, dangerous, hilarious and often bizarre situations  on the way to their goal. The cast includes Eriya Ndayambaje, Rogernsengiyuma, Sayu Joanita Kintu and Sherrie Silver.
**Wednesday, June 15, 8 PM & Sunday, June 26, 11 AM

·  IN OUR NAME (90min)
Director: Brian Welsh
Winner of ‘Most Promising Newcomer’ for lead actress Joanne Froggatt at the 2010 British Independent Film Awards, the film follows the experiences of a British soldier following her return to civilian life after a tour of duty in Iraq. Haunted by the responsibility she feels for the death of an Iraqi child during her service, she becomes obsessed with protecting her own daughter. IN OUR NAME marks the first time a British film has dealt with the aftermath of war from a female point of view. The film also stars Mel Raido and Chloe-Jayne Wilkinson.
**Monday, June 13, 8 PM & Saturday, June 25, 11 AM 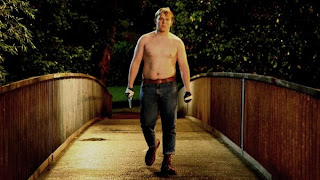 ·  NEDs (124min)
Director: Peter Mullan
Written and directed by the Cannes award-winning Scottish actor (MY NAME IS JOE), NEDs stars Conor McCarron as a young man who joins a gang of NEDs (Non-Educated Delinquents). As his rage and frustration within their savage life on the streets spin him further and further out of control, he finds himself left with one extraordinary chance at redemption. The cast includes Mullan, Louise Goodall and Gregg Forest.
**Thursday, June 23, 8 PM & Saturday, July 2, 11 AM

·  TOAST (96min)
Director: S.J Clarkson
Based on the best-selling autobiography of food writer Nigel Slater, TOAST is a delicious love letter to the tastes and smells that a young boy associates with his journey into adulthood. Starring Oscar nominee Helena Bonham Carter (THE KING’S SPEECH) and Freddie Highmore (CHARLIE AND THE CHOCOLATE FACTORY) and adapted by Oscar-nominated screenwriter Lee Hall (BILLY ELLIOT, Steven Spielberg’s WAR HORSE) the film follows the boy’s difficulties communicating with his father following his mother’s death – all seen through his connection to food. The film also stars Ken Stott.
**Saturday, June 11, 8 PM & Sunday, June 19, 11 AM

Sarah McKenzie, the UK Film Council’s Head of Export said: “This initiative is another example of how the UK Film Council has worked hard to open up UK film to international markets and audiences, and to promote our home-grown talent to new viewers. We're extremely excited to announce this ambitious partnership with the prestigious Film Society of Lincoln Center and Emerging Pictures, and the opportunity to develop audiences for UK independent films in the US, and build income for the UK economy.”

Screenings will be held at the Film Society of Lincoln Center's Walter Reade Theater, located at 165 West 65th Street, between Amsterdam Avenue and Broadway and The IFC Center, located at 323 Sixth Ave. at West 3rd Street.


SCREENING SCHEDULE
For other U.S. locations, check the link