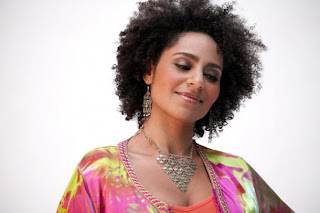 An inspiring new international voice, who is both influenced by jazz and is bringing her own culture and creativity to the melting pot, is Malika Zarra. Born in Morocco, raised in France, and now thriving in the metropolis of New York City, this polyglot composer, producer and singer has invented a new Moroccan urban-world-jazz by tastefully using traditional North African chaâbi, Berber and Gnawa polyrhythms to underpin her distinctly contemporary urban compositions - which she sings in Berber, Moroccan Arabic, French, and English - all the while maintaining a sophisticated improvisational modern jazz approach. With the release of Berber Taxi on Motéma Music, Zarra takes her rightful place as an important world-jazz artist on New York’s multicultural music scene. 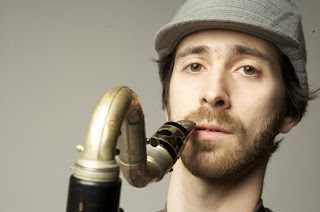 (Motema Music), has been hailed as "ebullient" by the New York Times, "Mellow and Fairly Magical" by the Village Voice and described as "Astounding rhythmic excitement and exulted moments of beautiful lyricism" by Jazz Improv.

The CD features Oran's working group with Malian griot musicians Balla Kouyate, Makane Kouyate and bassist Joe Sanders as well as vocalist Abdoulaye Diabate, Grammy Award Winning artists Lionel Loueke and John Benitez and a string quartet on one track. Even before it was released, Kelenia debuted at # 10 on the nationwide radio charts and All Music Guide has declared that Oran "sets a new standard for world music in the decade of the 2000s." 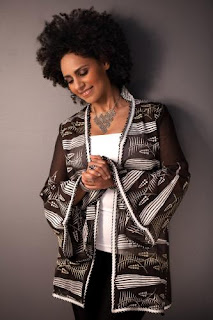 Motema Night marks The Koko Jones Band’s New York City debut at Joe's Pub. Music is literally in her blood – her Grandmother played piano with Bessie Smith– and early on Koko was introduced to traditional Congolese, West African and Latin hand drumming, leading to key positions with the LaRoque Bey Drummers and the Titos Sompa's Tanawa Congolese Dance Company. Koko's world/soul and jazz credentials include recordings/tours as a percussionist with The Isley Brothers in the 1980's as well as with renowned artists Archie Shepp, Whitney Houston, Randy Weston, TK Blue, Little Louie Vega and many more. Previous recordings as a leader include Tenth World, and Tenth World Live. Koko is currently working on the powerful new recording, Who's That Lady, which reaches deep into the past, conjuring up the Golden Age of soul and jazz amongst a backdrop of African and Caribbean Rhythms.