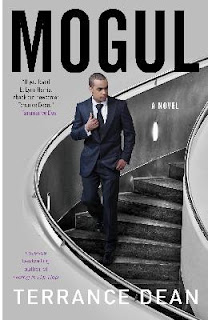 Terrance Dean will be at
the Center for Fiction
17 East 47th Street
New York, NY

Is it real or is it fiction...Does art mimic life?

Terrance Dean author of Hiding in Hip Hop: On the Down Low in the Entertainment Industry from Music to Hollywood

turns to fiction giving us a behind the scenes look at what goes on in the powerful entertainment business where careers are made for a price? Aaron Tremble, aka Big A.T., a hugely successful hip-hop producer, is about to give a press conference to make the biggest announcement of his life, one that could ruin his career for sure.

From the Essence bestselling author of Hiding in Hip Hop and an entertainment insider—a juicy debut novel about the “down-low” life of one of New York’s most beloved Hip Hop producers.

After the sudden death of his father, a renowned jazz musician, Aaron “Big A.T.” Tremble clings to music as an escape. Making hip hop beats becomes his life. His love for music lands him at the estate of Larry “Pop” Singleton, a retired and respected Hip Hop music mogul who sees something special in Big A.T., and he also knows the truth about his sexuality. With Pop’s blessings and nurturing, Big A.T. is on the path to becoming the next great Hip Hop producer in New York.

With the help of Pop and “the family,” a network of secretly gay men in the Hip Hop world, Big A.T. finds success and starts his own music label. He’s signed and worked with some of the biggest Hip Hop artists in the country. One of them is Brooklyn native lyricist, “Tickman.” Together they are making sweet music together. Tickman and Big A.T.’s relationship goes beyond producer and rapper – they become secret lovers.

Nothing can stop Big A.T. All of the radio stations play his music. He has money, fame, and Jasmine, his girlfriend who doesn’t know about his secret love for men. However, at the pinnacle of his career, compromising photos of Big A.T. land on the desk of a national news program—and in the hands of his girlfriend. Big A.T., for the first time is at a crossroad in his career: come out publicly with his secret or watch his music empire crumble. 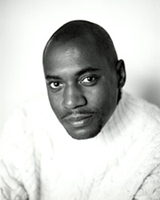 About the Author
Speaker, Educator, Author, and Hip Hop Head Terrance Dean is the author of the explosive and provocative memoir, Hiding In Hip Hop: On the Down Low in the Entertainment Industry from Music to Hollywood.

and co-author of Visible Lives

. He has worked in the entertainment industry for over 10 years with heavy hitters such as Spike Lee, Rob Reiner, Keenan Ivory Wayans, and Anjelica Houston, and with notable television and film production companies such as MTV Networks, B.E.T., Savoy Television, Paramount Pictures, Warner Bros. Pictures, and Sony Pictures.