Radio Happy Hour, a live variety show featuring a made-for-radio murder mystery sitcom, is kicking off the summer season with their first ever live taping at City Winery. 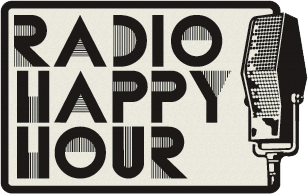 And everyone will go home regretting something they've done.

These bands, and another guest yet to be announced, will join Radio Happy Hour host Sam Osterhout, RHH regulars Robin Reed and Matt Skibiak, as well as RHH's own Jim Ed Poole, Rich Bologna.

With the start of a new season it's a perfect time to catch up on (or discover) past episodes of Radio Happy Hour through their podcast, such as the most recent episode, "The Tax Murderer," featuring musical guest Franz Nicolay and comedian Arden Myrin.

Or maybe it's a good time to realize that you should never miss a show because you never know what's going to happen. Cloud Cult could show up as a surprise guest in the middle of an episode featuring Norah Jones and comedian Gabe Liedman. Or 2009 Air Guitar World Champion William Ocean might leap on stage in the middle of a performance by The Postelles to wail on his air guitar. You just never know.

Radio Happy Hour is a live variety show featuring an old-time radio comedy/drama and guest stars from the worlds of film, music, and letters. Hosted by Sam Osterhout, the show engages its guests in a wildly right-angled conversation that careens between interviews, stand-up comedy, musical performances, and trivia. At the center of it all is a short, old time radio comedy in which the guest stars as him or herself and is forced to help the Radio Happy Hour crew solve the crime. Audiences will see all of this--the interviews, the corny jokes, the guest performances, and the behind-the-scenes making of a radio drama--live every month, and podcasted online as well. Trust us, it will make more sense when you see it.

Drinking in the afternoon. Radio Drama. It’s like the depression, but funnier.