Montreal, June 16, 2011 – The National Film Board celebrates National Aboriginal Day on June 21 with the online launch of the Pete Standing Alone Trilogy, a powerful trio of films about the Blood Reserve 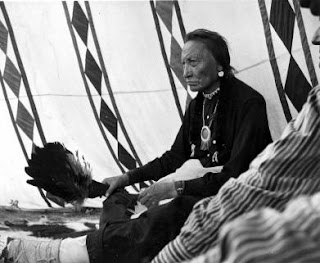 in Southern Alberta, and God’s Lake Narrows, an interactive depiction of the reality of life on the reserve. These new releases underline the NFB’s long-standing collaboration with Aboriginal communities in the telling of important stories.

The latest documentary installment Round Up, directed by Blood elder Narcisse Blood and produced by Aboriginal filmmaker Gil Cardinal, shows Pete come full-circle in his dedication to preserving the traditional ways of his people. In Circle of the Sun (Colin Low, 1960) he’s a disinterested youth, in Standing Alone (Colin Low, 1982) he’s a community-minded man while in Round Up (2010) he’s an impassioned elder. The trilogy will be accompanied online by an educator’s guide, interviews with the filmmakers and a playlist of related titles. 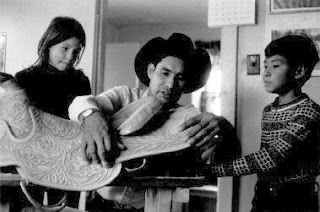 Alicia Smith, is designed to invite them in.

To get beyond the stories of poverty, illness and death that cycle through the news, Burton invites viewers to visit the reserve where he grew up and experience it as he knows it. Interactive portraits of his friends, family members and their homes compel the audience to question their own assumptions about reserve life.

In addition to checking out exciting new releases such as the Pete Standing Alone Trilogy and God’s Lake Narrows online as of June 21, the NFB invites audiences to engage with Aboriginal artists, stories and cultures every day of the year at http://www.nfb.ca/explore-by/title/NFB.ca, where films are searchable by theme, playlist, title or filmmaker.