The NFB Wins at the Leo Awards 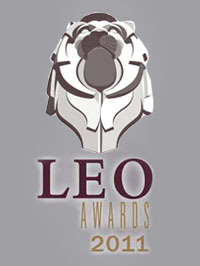 The NFB wins at the Leos

Toronto, June 2011 – Two documentaries and an animated short produced by the National Film Board of Canada’s Pacific and Yukon Centre won Leo Awards this past Saturday (June 13) at a gala held in Vancouver. The awards are given out annually by the Motion Picture Arts & Sciences Foundation of British Columbia to celebrate and promote the achievements of the BC film and television industry. 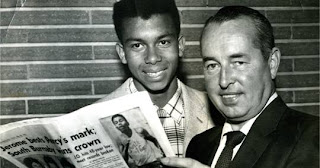 Harry Jerome—a track and field star and one of Canada’s greatest athletes.

Force of Nature: The David Suzuki Movie, directed by Sturla Gunnarsson and co-produced by Entertainment One, was awarded Best Cinematography in a Documentary Program or Series. At 73 years of age, the iconic Canadian scientist, educator, broadcaster and activist delivered what he describes as “a last lecture—a distillation of my life and thoughts, my legacy, what I want to say before I die.” In Force of Nature, Gunnarsson interweaves the lecture with scenes from the major social, scientific, cultural and political events of the past 70 years of Suzuki’s life.

The Trembling Veil of Bones won Best Direction/ Storyboarding in an Animation Program or Series and Best Musical Score in an Animation Program or Series. In Matthew Talbot-Kelly’s animated short, a lone clockmaker named Bones sits inside a darkened studio filled with the sounds of ticking clocks. He parcels out his time until the arrival of a mysterious package propels him to leave his refuge.