Ingrid Gatin's newest release may be a mini-album, but her sound is colossal. Synching sultry jazz-infused vocals with bluesy bass lines and intricate instrumental arrangements, Gatin has created an almost 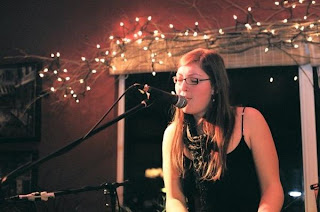 Time Will Change Us will be released this July on Winnipeg indie label Pipe and Hat. The new record features harmonious soul tracks, layered with everything from accordion tangos to the haunting harmonics of an upright bass. The record opens with accordion fueled waltz of “Waking Up the Neighbours”, while "Over the Mountain" is carried almost exclusively by Gatin's majestic vocals and ends with "Built This Song", a track filled with dangerously catchy hooks irresistible to the ear

The indie/roots songstress recorded the EP earlier this year with Calgary's engineer/producer Lorrie Matheson (Rae Spoon, Ghostbees) and had it mixed by the multi-talented Matthew Tomlinson of Montreal, who also performed on the album. The recording took place in a quaint cabin near the raw shores of Lake Minnedosa in Manitoba.

"We spent nights singing into one microphone in the middle of the room for the perfect a capella vocals," says Gatin. "And we recorded accordion in the kitchen, violin in the stairwell and drums where the couches should be, often playing at the same time. We had to have the spirit to make it shine." 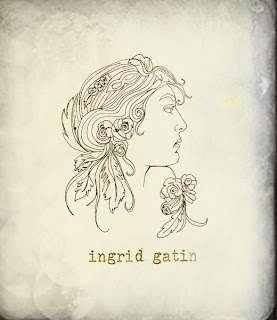 Ingrid recently wrapped an extensive tour of eastern Canada with fellow Winnipeg musician Demetra Penner. With tour and festival dates currently being booked, Ingrid Gatin will be kicking off her summer with a NxNE showcase on June 15 at The Painted Lady.

(2009) reached the Top 20 on Canada’s !Earshot charts. In 2010, she wrapped two national tours - one that included travel by kayak – and several regional tours, not to mention inspired in-the-moment collaborations with artists of all disciplines along the way. Touring by train, writing music in a cabin in the woods, and making art in the Exchange District of Winnipeg all are influences that can be heard in the sounds of Ingrid's music. With accordion, piano, vocals, handclaps, foot-stomps, and tambourine, Ingrid has crafted her own eclectic and beautiful sound in the indie-roots music genre.