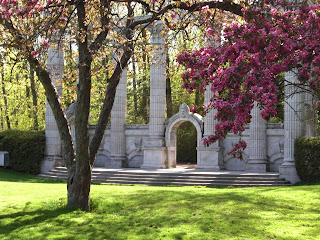 This story of a family faced with the ultimatum of having to auction off their beloved country home in the face of social upheaval and commercial exploitation opens July 7 and runs until July 31 at the majestic outdoor Greek Theatre in the Guild Inn Gardens, the first production to be presented there in several years, directed by Guild Festival Theatre founding Artistic Director Sten Eirik.

The Cherry Orchard (in an English translation by Michael Henry Heim) features the rousing music of acclaimed composer/musician David Buchbinder and follows an aristocratic Russian woman and her family as they return to the family's estate as it is being auctioned off to pay the mortgage. 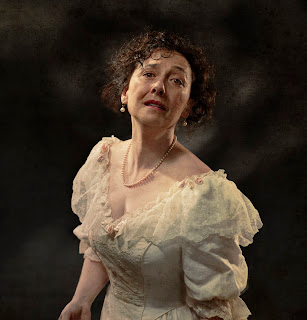 Director Sten Eirik has worked in professional theatre for 35 years as an actor and director, and now the founding Artistic Director of Guild Festival Theatre. Eirik began his directing career in the late 1980s. In Sweden, his work was showcased three consecutive years at Teaterfestivalen, an annual festival.

While serving as Artistic Director at Norrby Theatre (northwest of Stockholm), Eirik also developed a curriculum for the community-based theatre school. After directing at regional theatres in the Maritimes, he now makes Ontario home and looks forward to being part of the revival of The Guild to its original mandate as a Guild of All Arts by presenting professional productions of ancient and modern classics at an annual open-air theatre festival in the park.

Now owned by the City of Toronto, the Guild is comprised of the historic Guild Inn and its remarkable Gardens. Nature meets culture in the open-air Greek Theatre centrepiece, modeled after the ancient Greeks - and where Guild Festival Theatre productions will take place. Amidst the rugged cliffs of the Scarborough Bluffs, and overlooking the sparkling waters of Lake Ontario, every performance will take on the magic of this enchanted setting that features an open-air stage with eight columns, Corinthian capitals, and arches joining the columns - the only theatre of its kind in Canada.

The Guild Festival Theatre's annual summer season marks the re-birth of a unique destination for Torontonians and all visitors to the city.