Rupa and the April Fishes Summer Tour
check the dates below

Hola Mundo ..! We have some exciting pieces of news for you. .

First, check out our summer tour dates--there are many free festivals and opportunities to hear us in different formats. We will be heading up the west coast to Vancouver and Victoria, playing some festivals and concerts. Selected shows will be featuring gorgeous string quartet arrangements of my songs, done in 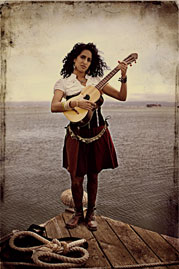 collaboration with Mark Orton from Tin Hat Trio! The arrangements are lush and cinematic, exposing the vulnerable underbelly of my songs.

In early July, we will be heading out east, playing Millennium Park in Chicago, supporting the urban homesteading work happening in Detroit, then going out to the East Coast, playing a street party in Boston, giving love back to Vermont and bringing the party to Brooklyn.

In mid-July we will be heading down to Texas, where HB12---another anti-immigration law--is being bantered about in the Senate. We will be playing several shows in Texas to show our support for all peoples, for a land with more compassion and less legislature that leaves friends and neighbors living in fear. We will be traveling again along the border and returning to one of our favorite venues El Lugar del Nopal in Tijuana.

The tour will wrap up with a few free shows in the LA area, welcoming one of my favorite artists Sergent Garcia to the Bay Area with two blowout shows at the Independent and New Parish--these shows will sell out fast so please get tickets soon. 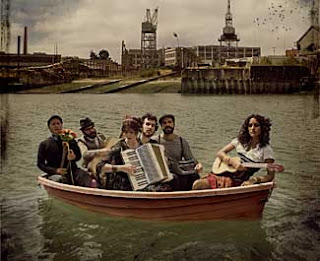 I will be starting to focus on the development of our new music, futher deepening my purpose and passion for examining the social underpinnings that effect health in various groups and peoples and recording several bodies of music that have been lingering in my heart for a while with little time to focus on their fruition. Please check www.theaprilfishes.com news section regularly for updates.

We just finished a beautiful music video for "Este Mundo"--featuring the video stylings of local director Eddie Ringer. You can see it here.

Here are the confirmed dates for the summer - keep checking the TOUR section of the website regularly for any changes or additions!