Shakespeare on the Road: Macbeth Outdoors in Toronto and Beyond

Something Wicked This Way Comes...

June, 2011. Toronto, ON…Driftwood Theatre, Ontario’s most exciting and accessible theatre company, will be kicking off their 2011 Bard’s Bus Tour in Toronto on July 9th with a limited two-night 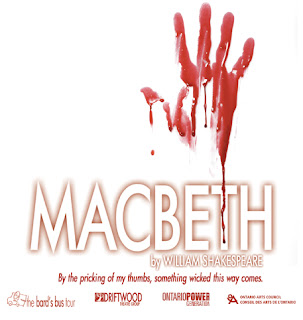 run at Todmorden Mills and returning to Withrow Park for two brief stops July 27th, 28th, August 13th and 14th. This year, Driftwood Theatre is leaving the world of Shakespearean comedy for the dark and bloody tale of Macbeth.

An end world event has left behind a society that is forced to exist in a toxic environment where every person must fight to survive. In this unsettled and warring culture, violence perpetuates violence and the temporary peace that exists is precarious. Here we meet Macbeth, a ruthless and ambitious soldier who seizes power with the help of his scheming wife and a trio of devious outcasts. 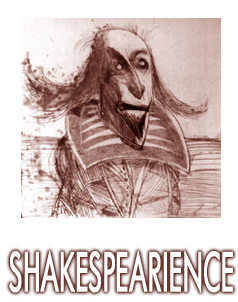 This summer, Driftwood Theatre proudly announces the expansion of its popular Shakespearience program to cover the entire Bard’s Bus Tour, and the best part is all events are absolutely free! The company will share Shakespeare and theatre-related symposiums, events and workshops with audiences at select locations throughout the summer tour. The first event of the series will take place prior to the opening of the tour on July 9th at the historic Todmorden Mills. Join Smith and members of the creative team for a glimpse into the creation of the world of Macbeth.

The Driftwood Theatre Group, founded in 1995, has become Ontario’s beloved outdoor summer theatre tradition. Working with the best emerging and established artists today, Driftwood celebrates the work of William Shakespeare through its annual Bard’s Bus Tour, touring to parks and heritage sites and focusing on communities with little or no access to professional theatre.

Blanket and lawn chair space can be reserved in advance throught TO TIX (www.totix.ca) or by mail for $15.