on June 21, 2011
When Youssou Ndoor cancelled his appearance at the Toronto Jazz Fest, organizers came up with another great act at short notice: 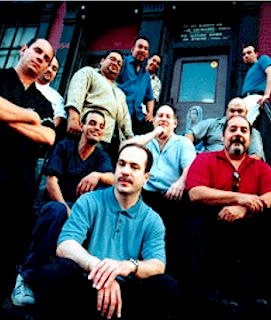 Toronto – A last minute addition to the 2011 TD Toronto Jazz Festival line-up has just been announced.  Grammy award-winning, 13-piece Spanish Harlem Orchestra will be performing on Sunday, June 26, 8:30 p.m. at Metro Square. Tickets are on sale at all Ticketmaster outlets.

Youssou N’Dour who was previously announced for this date, has been cancelled. Refunds are available at point of purchase.

Now in its tenth year, the Grammy-winning Spanish Harlem Orchestra is one of the most formidable and authentic Latin jazz combos of the present day. Yet for all of its appeal and success with contemporary audiences, SHO’s success is actually rooted in the past. The 13-piece collective owes its front-line status to an unwavering respect for the music’s rich history and a tenacious adherence to the music’s enduring traditions.

Pianist, bandleader, producer and SHO founder Oscar Hernandez, began his career as an arranger and musical director in the 1970s for artists like Tito Puente, Ray Barretto, Celia Cruz and many others. “And Spanish Harlem Orchestra, since its earliest days ten years ago, has accompanied many great artists as well. Indeed, Hernandez is all about tradition. Although born into a large Puerto Rican family living in the Bronx, it was the nearby Spanish Harlem neighborhood that shaped his cultural musical sensibilities. The soundtrack to this bustling enclave in the ‘60s was a mix of Latin jazz and American pop radio emanating from any given window on any given day. 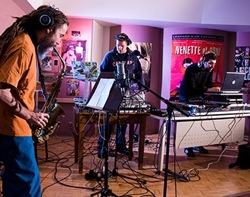 Having just returned from a massive Summer Festival Tour of Europe (UK, France, Belgium, Italy and Portugal) with special guest Brother Culture (UK’s top MC who appears on the latest Prodigy release), Toronto’s Dubmatix is back with his 4th CD release System Shakedown

- 13 tracks of heavy bass sounds that will shake the foundations of sound systems worldwide.

in 2004, the Toronto-born producer is now firmly established as one of the top reggae producers worldwide - with three chart-topping releases, that includes the 2009 JUNO Nominated “Renegade Rocker

” and the 2010 JUNO Award Win for Best Reggae Recording plus International acclaim.

Dubmatix has developed a unique signature sound and style that is immediately recognizable – a Phil Spector-esque full sound utilizing heavy bass, majestic horn lines, thick-set percussive grooves, and strong production values. It is this unique style and sound that has made Dubmatix much sought after by artists and bands worldwide to bring his distinct flavor to their recordings.