Expect Theatre proudly presents the world premiere of
AWAKE
- an environmental theatrical experience exploring the inner world of one of Canada's most violent, yet inspiring, 'hoods -
Created and Directed by Laura Mullin and Chris Tolley
Choral Direction by Andrew Craig
Part of The Fringe of Toronto Theatre Festival

TORONTO, June, 2011 - Expect Theatre proudly presents AWAKE, a site-specific theatre piece based on a series of interviews with those who have been affected by gun violence in the at-risk area of 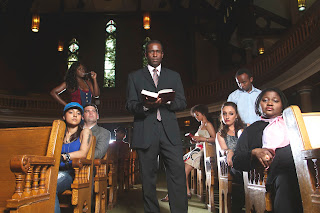 Jamestown/Rexdale. The piece includes verbatim theatre, dancehall, gospel music and hip hop and underscores the struggles faced by those living in that troubled neighbourhood as well as their hopes and aspirations. AWAKE runs Wednesday, July 6 to Sunday July 17 at the Walmer Road Baptist Church as part of The Fringe of Toronto Theatre Festival.

The verbatim script is based directly on hundreds of hours of interviews conducted by Mullin and Tolley over a three-year period with people from Jamestown including current and former gang members, people who had been shot, people who had probably shot others, gun runners, drug dealers, the cops who have busted them, and moms who had seen their sons die in front of their eyes and in their arms.

You turn the corner at Spadina and Lowther and join an informal procession of people making their way towards the local Baptist Church. As you approach the building, you hear distant gospel music from within. 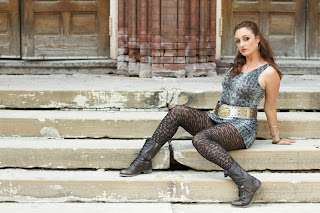 As you pass through the doors, you are handed a funeral program. You take a few steps down the aisle towards the casket, stop, turn and quietly take a seat among the pews.

You are here for a funeral, a funeral for all of the young men who have died throughout the years at the hand of gang violence.

But what starts off as a solemn remembrance quickly turns into an examination, and eventually a celebration.

AWAKE is inspired by the infamous 2005 shooting of Amon Beckles when his killer entered a Jamestown church during a funeral service, found him, and shot him six times in the chest. The idea that someone could be targeted in a church, during a funeral, shook the city to its core.

AWAKE is staged as a funeral in the sanctuary of the Walmer Baptist Church, using the setting as a springboard to tell the stories of a broad range of people in Jamestown - from those who have risen above the most difficult circumstances to those who are still fighting for their lives to escape.

Audiences will arrive as if for a funeral, a funeral for all the young men who have died from gang 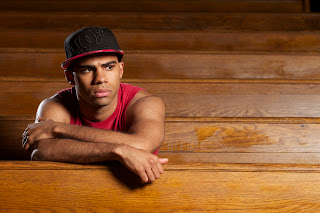 violence.  But, what starts off as a solemn remembrance quickly turns into an examination and celebration of the people and culture coming out of one of Canada's most dangerous, infamous, yet inspiring and culturally exciting areas: Jamestown.

AWAKE will give audiences a taste of the tension, danger and loss that those in Jamestown live with daily, and continually struggle to rise above. AWAKE is not only a story about mourning the loss of lives; it is also a story of honouring those lives, celebrating the culture of the area and proffering hope.