Now that the Story has Begun,
Theatre 20 is Driven to Score! 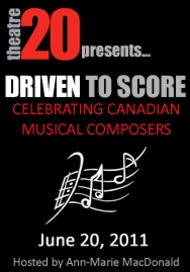 Toronto, ON - Following their critically acclaimed inaugural concert in May 2011, Theatre 20, Toronto's newest musical theatre company, takes the stage June 20 with DRIVEN TO SCORE, the second in their three-part concert series at the Panasonic Theatre.

In keeping with their three-part mandate of celebration, creation and education of story-driven musical theatre, DRIVEN TO SCORE is an intimate celebration of Canadian composers, featuring the work of Leslie Arden, Jonathan Monro and David Warrack. 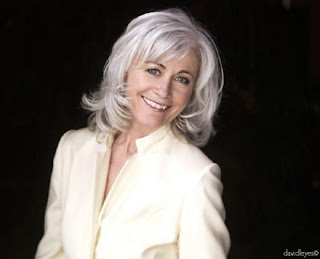 Theatre 20's journey started with a packed house and rave reviews for THE STORY BEGINS: Celebrating Songs from Story-driven Musicals. Join us on June 20 for the next night of musical theatre celebration, DRIVEN TO SCORE: Celebrating Canadian Musical Composers.

For more information about Theatre 20, or to inquire about development, education, sponsorship and/or volunteer opportunities, visit theatre20.com  or contact info@theatre20.com.

THEATRE 20
Theatre 20 is an artist-led, story-driven company with a focus on developing and presenting original Canadian musicals as well as re-imagining existing repertoire from both the national and international canons. It is a not-for-profit, registered charitable organization that has been formed not only to create musical works for the stage but also to play an active and positive role within the community. It aims to nurture the talent of writers and composers and foster the development of young artists through mentorship and education programs.