on June 29, 2011
You should definitely check out the link & all that's on offer at this year's Fringe Fest - I'll be featuring a few highlights including this one. From a media release:

this summer’s Toronto Fringe Festival: Visual Fringe, a collection of mini-galleries for independent visual artists to promote, create, and sell their artwork in an immersive environment.

Arthurs explains, “The philosophy of the Toronto Fringe has always been to offer creative opportunities for artists and audiences, making the arts as accessible as possible.  We are enormously excited to welcome eight visual artists to our Festival through the brand new Visual Fringe, located right in the heart of our festival at the Fringe Club.”

Similar to Fringe Theatre, participants in the Visual Fringe are selected through an equal opportunity application process. Arthurs continues, “These artists will be accepted on a first-come, first-served basis, which means we’re bypassing the traditions that often keep work by emerging or independent visual artists from being seen.” 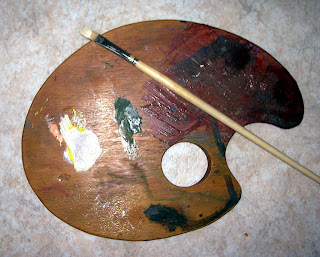 Each participant keeps 100% of any sales at their gallery, and festival producers have no control over artistic content, allowing artists to take risks, experiment, and challenge spectators with new, innovative creations.

The Visual Fringe will be open each night of the festival from 6:30pm to 9:30pm. Located in Honest Ed Alley, behind Honest Ed’s fabled marquee, the Visual Fringe will be a living, breathing, uncensored art happening that brings an unexpected space to life. The Fringe Club also hosts the McAuslan Beer Tent, the Art Wank, food service by local restaurants, and the Fringe Cabaret Stage with free nightly performances. More special programming at the Fringe Club will be announced closer to the festival. Now in its 23rd year, the Toronto Fringe Festival is the city’s largest theatre festival, with over 79,000 attendees last year.