Discovery and restoration of the sacred Bala Ba of Maniselia Village, Guinea by the AfricaWrites research team of Kankan, Guinea.

The Sacred Bala Ba of Maniselia
By Patrick Gorham
©Copyright 2011

In February 2011 AD, while documenting various Malinke cultural traditions of the Tokonou region of southern Guinea and surrounding villages, the AfricaWrites team discovered the existence of the Bala Ba 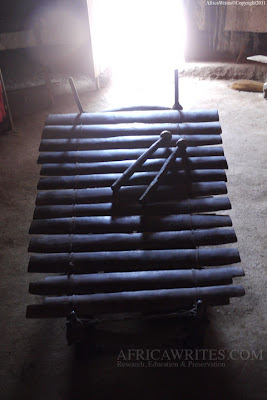 in Maniselia Village and began work to document its history and ancient origin.

According to the oral history of Djeli Tomba Association, the historical society of the descendents of Bala Fasseke Kouyaté of the Republics of Guinea and Mali, in the year 1205 AD, twenty years before the Kirina War, the ancient Bala of Sosso was acquired by an ambitious mystic and hunter known as Soumaoro or Sumanguru Kanté. In the years that followed and with the aid of the sacred Sosso Bala, Soumaoro raised a mighty army and began a war of conquest against the surrounding chiefdoms establishing the Sosso Empire with Soumaoro Kanté as its king.

Soumaoro’s reign continued unabated until his defeat at Kirina which is estimated by the Djeli Tomba Association to have taken place in the year 1235 AD after he is wounded by his mortal enemy Sundiata Keita during battle. Weakened, Soumaoro fled, leaving behind his many talismans and totems of spiritual power, including the sacred Sosso Bala. With Soumaoro vanquished, his armies were soon defeated.

After the battle, Soumaoro's once prized possession, the sacred Sosso Bala, was passed from Soundiata Keita to Djeli Balafasseke.  Later, after the Kirina War, and under the reign of Mansa Sundiata Keita, Ballafasseke Kouyaté, the former Djeli or traditional singer of Soumaoro Kanté would father three sons. The first son was named Batrou Mory Kouyaté. The second son was named Misaman Kouyaté and the third son was named Moussa Kouyaté.

In the year 1271 AD in the compound of Mansa Soundiata Keita at Niani, Djeli Bala Fasseke Kouyaté died and the sacred Sosso Bala within his possession was given to Moussa Kouyaté, the youngest of the three sons of Balafasseke Kouyaté. Batrou Mory, the oldest son of Bafa Fasseke Kouyaté had fifteen sons. Among the fifteen children was Famouroba Kouyaté. In time, Famouraba Kouyaté fathered a son named Djebourama or Djeli Bourama who traveled south to Niagassola. 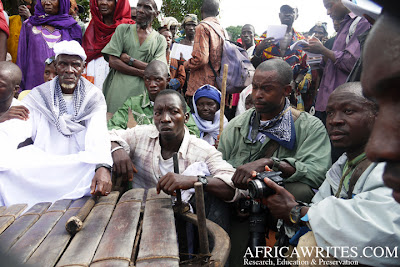 Through a series of rituals, Batrou’s Bala Ba was then blessed by two Soro spirits granting it spiritual power near to that of the sacred Sosso Bala now possessed by his youngest brother, Moussa Kouyaté.

Centuries later, the Bala Ba came to rest in Maniselia Village, Guinea and was cared for by the descendents of Batrou Kouyaté. For centuries the Bala Ba has remained in Maniselia under the care and protection of its guardians, passing quietly in secession from one generation to the next, long forgotten by the outside world. In the decades that followed, the sacred Bala Ba fell into a state of ruin as its various components deteriorated with age. For a time, the solemn rituals, elaborate ceremonies, and praise of the once mighty instrument of power ceased and the beating heart of the ancient spirits of the Bala Ba grew silent.

Following the discovery of the Bala Ba, the AfricaWrites team worked closely in conjunction with the community of Maniselia, elders, Kankan Djeli Tomba and surrounding villages to restore the sacred Bala Ba. Restoration work on the Bala Ba was performed by Maneselia elders, Djeli Tomba and Maniselia Donzo in strict accordance with the Bala Ba’s sacred and ancient traditions as kept by the Kouyaté family. 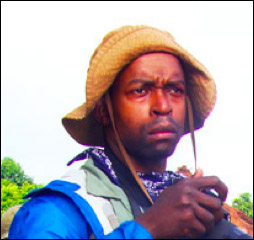