The Bat Segundo Show is a cultural and literary podcast that involves very thorough long-form interviews with contemporary authors and other assorted artists. Standard questions that have been asked of guests 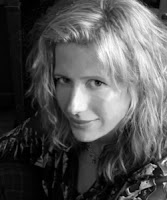 over and over are avoided, whenever possible.

The show is updated (ideally) every week and sometimes every two weeks. There are at least five podcasts unveiled to the listening public every month and, more often than not, considerably more.

Bat Segundo is a former radio DJ who currently introduces each installment of the show. It is believed that he is 49 years old, although he often claims to be younger. Mr. Segundo suffered some unspecified indignity sometime in the 1980s, which is vaguely alluded to within the show’s introductions. He spends most of his time living in a Motel 6 room and is very fond of tequila. His peregrinations into the real world are few and far between, in large part because he is known to cause trouble — largely unintentionally. 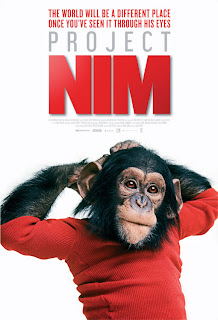 To whet your appetite, here's a look at their most recent shows:

Edie Meidav
What is a California novel in the 21st century?  Can an author or a reader get a handle on California if she doesn't live there?  These are some of the many questions that we discuss with Edie Meidav, who returns to our program to discuss her new novel, Lola, California

James Marsh
Why is the Academy Award-winning filmmaker of Man on Wire so defensive?  The man has good reasons.  In this brisk 20 minute talk, James Marsh discusses the moral implications of documentary, how a filmmaker earns trust from his subjects, and whether a visual medium has the obligation to respect history.  (he's pictured below)

• NB - the movie he's talking about is Project Nim, currently screening at the Film Society of Lincoln Center
Dana Spiotta Roundtable!
Artistic integrity, the music world, Ada Lovelace, Thomas Kinkade, Susan Sontag's "Regarding the Torture of Others."  These are just some of the topics covered in the first installment of a mammoth roundtable discussion of Dana Spiotta's Stone Arabia.

.  Over the next week, these five installments will include special appearances from novelists, journalists, essayists, and other fine readers.

Additionally, Ms. Spiotta will be in conversation with Our Correspondent at McNally Jackson (52 Prince Street, New York, NY) on July 20, 2011 at 7:00 PM. If you liked Jennifer Egan's A Visit from the Goon Squad

and our roundtable discussion intrigues you, you won't want to miss this.

If you wish to subscribe to the show with a podcatcher program (for later transfer to your iPod), copy and paste the following URL into your program:

You can also subscribe to the show through iTunes.
These conversations will put a smile on your face, tickle your funny bone, and may just challenge you.