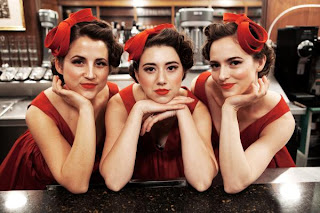 Sometimes all that glitters IS gold.

At first glance, The Bandana Splits look like a pin-up girl group from the early 60s, yet behind the cutesy façade lurks a serious power pop trio. Annie Nero, Dawn Landes, and Lauren Balthrop were brought together by geography and their love of The Andrews Sisters charm and Spector-like musicality. Along with producer Sam Cohen (Apollo Sunshine/Yellowbirds) The Splits have effortlessly crafted your new favorite record.

The Bandana Splits: Sometimes by -gaga

The Bandana Splits’ self-titled debut album sends listeners whirling through the space/time continuum, conjuring images of soda jerks and varsity jackets. However, they’re much more than a throwback piece. 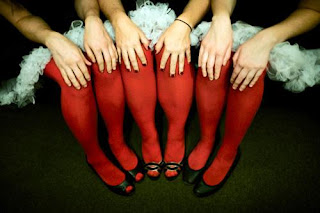 In support of their debut release, the girls are excited to be performing a bunch of shows around NYC this summer, including July 9 at the Mercury Lounge.