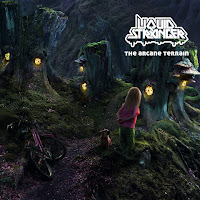 OUT NOW ON CD/DIGITAL

, unleashed in May, obliterates the boundaries separating dubstep, grime, dub, breaks, hip hop and outernational crunkadelica. The Renegade Crusade, out in September, takes aim at DJ’s and lovers of bass music with stripped down mixes, instrumentals and significantly more dirt and grime than its predecessor.

continues to hit the Beatport Charts - this time with "Bombaclaad Star" hitting #1 in the "Reggae/Dub" section.  That track is available for download below.

Stylistically, The Arcane Terrain picks up the thread from the Stranger’s recent releases on Interchill – The Intergalactic Slapstick

and The Steel Trap

EP – and continues down the meandering path of bass laden revelry. With collaborative input from Heavyweight Dub Champion on 2 tracks, this album features impeccable vocal contributions from Sterolion, A.P.O.S.T.L.E, Killah Priest and the legendary hip hop mastermind KRS One.

MC Zulu also steps up to the mic to throw down his own brand of lyrical science on the finely toasted growler “Timeless” and on the laid back riddim of “Vigilante”. To round it out there are several organic elements and layers of evocative atmospheres scattered throughout, which give the LP the distinctive Interchill flavour that fans have come to love since the first Liquid Stranger album, The Invisible Conquest

. And if that isn’t enough to whet the appetite for low end yearnings, the final touches to The Arcane Terrain come courtesy of Tipper who lent his well-tuned ears to the mastering process.

The Arcane Terrain forges new ground in the unfolding odyssey of a wandering bass mystic. With plenty of impact and groove to slay any dancefloor, it also works well as an everyday listening album. Turning it up a notch, the soon-to-follow companion album, The 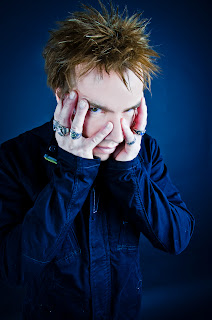 Renegade Crusade, promises to deliver a healthy taste of the Liquid Stranger live sound and will quickly find its rightful place in the secret stash pocket of the most discerning of DJ’s. Taken together, this double-barreled dose of protean sonic mayhem drops bass in your face like Galileo dropped the orange. Keep an open mind and let gravity do the rest.

The press describes MC Zulu’s work as “a sneak preview of what dancehall reggae is likely to sound like ten years from now”. He is known throughout the world as the voice of experimental Reggae. Zulu’s prolific catalog boasts a wide-ranging list of releases for labels such as EMI, Warner, NinjaTune, and Planet Mu. The trademark megaphone makes him instantly recognizable, but his one-of-a-kind delivery combined with various forms of Global Bass Music, is what makes him unforgettable.

Liquid Stranger embarks on the Renegade Crusade Tour this summer in support of the new albums.  Watch for a stop at a sound system near you - and in the meantime check him out live: