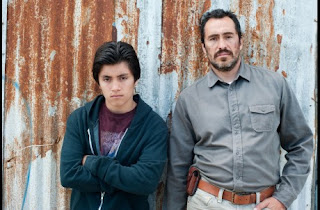 Carlos Galindo (Demián Bichir), a simple, decent, 40-year-old Mexican man, doesn't ask much from life - just to keep tending the yards of L.A.'s wealthy and to give his estranged son Luis (Jose Julian) a better life than he had. But when a business opportunity that would have allowed him to take control of his destiny is stolen from under his nose, his life is thrown into chaos