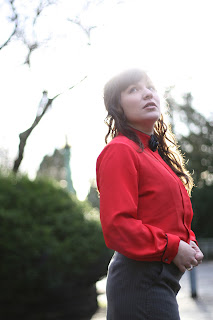 Since her critically acclaimed debut Fell Out Of Oz

(2005), and her sophomore effort, The Wedding Singer and the Undertaker

(2008), Christa Couture has continued to sharpen her quill, along with her penchant for biting wit and an innate gauge for how deep to plumb the emotional seas of her personal experiences.

These first two albums saw Couture developing as a multi-instrumentalist, stretching her limits as a songwriter and, guided by Vancouver producer Futcher, on her sophomore effort in particular, acquainting herself with dense production and orchestration that saw the inclusion of horns and strings. 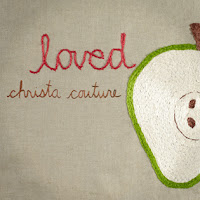 Not surprisingly, The Wedding Singer and the Undertaker hit the Top 10 on CBC Radio 3 and won "Best Folk Acoustic Album" and nominated for "Best Female Artist" at the 2008 anadian Aboriginal Music Awards, including performing at the awards gala at Toronto's Rogers Centre. In addition, she recently played at the 2011 JUNOFest in Toronto, Brief Encounters 16 in Vancouver, and joined chamber-pop quartet E.S.L. and electro-cellist Cris Derksen on five B.C. tour dates in April.

To say we are pleased to have Couture back and composing is an understatement. Loved features five stunning fan favourites, while Lost is a delectable, eclectic mix of five unreleased songs from the same time period: an alternately arranged song, three tracks from a previously unreleased side project, and an early demo of one of Couture's first 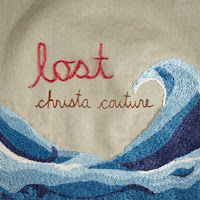 songs. In other words, something for critics, fans and newbies alike.

• Download Loved and Lost for free (or by donation) from www.christacouture.com