Artists fly in from across the continent and overseas-just to perform at TD Sunfest. It's a signature Canadian festival that has now outgrown its verdant, tree-lined home in Downtown London's Victoria Park, drawing ever larger, strikingly multi-generational and multi-ethnic crowds during its four-day run (More than 200,000 visits last summer in a city with a population of just over 350,000). 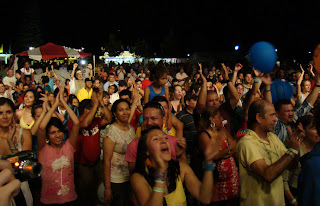 "Our patrons relish the tremendous element of surprise, of sharing new discoveries," explains TD Sunfest Executive & Artistic Director Alfredo Caxaj. "Every year we work hard to book both established and up-and-coming creative artists whom people haven't seen live before; international and Canadian groups coming to the area for the very first time. Sunfesters always know there will be something spectacular on stage."

Caxaj adds: "The most incredible thing about Sunfest is its unparalleled socio-cultural impact. We are the only event where the community, here in London and from across the region, comes together in an open and upbeat environment. That's worth a hundred political initiatives, in our book." 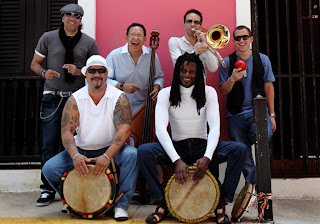 hundreds of premier food, craft, and visual art exhibitors who turn Victoria Park into a huge international feast. With the sun as its inspiration, the heady mix of sounds, sights, and tastes draws tens of thousands of visitors from increasingly far afield-Middle Eastern music fans from Southeastern Michigan, festival devotees from Central Ohio. As one visitor told London's local daily last summer, "Once you get a taste of Sunfest, you're a fan for life".

While putting London on the global music map, the festival is also helping to catapult the Forest City to the top tier of tourist destinations.  In fact, the American Bus Association recently selected TD Sunfest one of the TOP 100 North American Events for 2011. 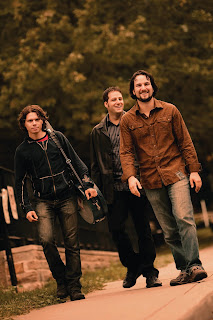 Such popularity and acclaim is already fuelling plans to move TD Sunfest outside its park hub and into the streets of downtown London. The expansion comes despite the dismal economic outlook confronting many arts organizations. If Caxaj and his colleagues have their way, "Canada's Premier Celebration of World Cultures" will soon turn urban street corners into dancehalls, jazz clubs and jam sessions brimming with musical surprises.