Godspell Comes Back to Broadway Fall 2011 - Tickets On Sale Now

Godspell Comes Back to Broadway in a Brand New Production 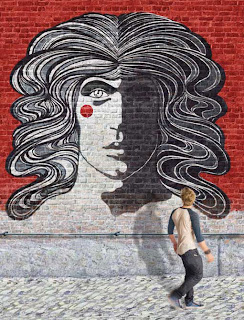 New York - The joy gets closer day by day, Broadway fans - GODSPELL starts performances on Broadway this October. But now you have early access to the best seats available because online ticket sales are now open. Don't wait - buy yours today!

Prepare ye for GODSPELL, the beloved classic from Stephen Schwartz, the Grammy® and Academy Award®-winning composer of WICKED and PIPPIN. Enjoy all the good gifts of one of the most enduring shows of all time as it comes to Broadway in a brand new, intimately staged, one-of-a-kind production. Raise your spirit with the Tony-nominated score filled with the popular hits Day By Day, Learn Your Lessons Well and Turn Back, O Man.

The revival is helmed by Daniel Goldstein, who directed the popular Paper Mill Playhouse production in 2006. This is the 40th Anniversary production and first ever Broadway revival of one of the world's most beloved musicals.

Because you have first-access to tickets, you must purchase online by going to Telecharge.com or calling 212-239-6200. Sales are done exclusively online or over the phone as the box office won't open until September 12th. Don't miss out - the best seats will definitely go first!

This timeless tale of friendship, loyalty and love has touched the hearts of countless theatergoers all over the world - and now you can join the celebration as a spectacular ensemble of Broadway's best performs the greatest story ever told. So come sing about love - at GODSPELL.

Running Time:
2 hours and 15 minutes, including one intermission

Audience:
Appropriate 4 +
Children under the age of 4 are not permitted in the theatre.