TORONTO, ON (July, 2011) –– Harbourfront Centre, along with its lead summer partner The Toronto Port Authority, and festival partners Pacific Rubiales, Scotiabank, AviancaTaca and Caracol T.V., are proud to

present the return of Colombian Colours – II Diaspora Festival. From July 15 to 17, audiences from the GTA and beyond are invited to celebrate this vibrant culture with international and local performances in music, theatre, film, dance and more.  This festival is co-produced by the Casa Cultural Colombiana and Tridha Arts Association.

International music artists featured throughout this three-day celebration include salsa violinist Alfredo De Fe, (pictured below,) who is credited with making the violin an integral part of Latin music, Colombia’s first all-vocal group NVOZ, and the Diego Marulanda Quintet who combine native Colombian instruments like the yapurutus (Colombian flutes) and maguarés (Colombian drums) with double bass and guitar.

Montreal-based Ballet Raíces de Colombia will showcase 20 dancers from different parts of the world that have fallen in love with this country’s culture, music and dance. This troupe is considered to be one of the best Colombian folkloric dance groups in Canada.

Other highlights include the Canadian premiere of the Bogotá MMX, 200 years after editorial exhibition 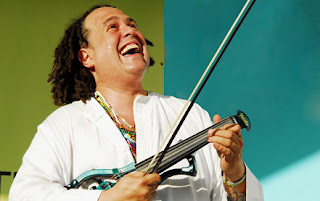 that commemorates the celebration of Colombia’s Bicentenary of Independence and a photography exhibit honouring Colombia's most famous photographer, Nereo López Meza. Pieces from Meza’s 50-year career will be on display in the Marilyn Brewer Community Space, including images of his numerous trips to South America.

Join us this summer as we explore “Hot Spots” of intensity, artistic brilliance, connectivity, and regions of conflict that shape the impressions we have of ourselves and our world. This theme is programmed into each weekend festival to bring together rich artistic traditions from our own backyard and around the globe. It also presents a unique opportunity to experience top Canadian and international artists in a fun, family-friendly environment without ever leaving the city.

For additional information and complete event listings, the public may visit harbourfrontcentre.com/summer or call the Information Hotline at 416-973-4000. Harbourfront Centre is located at 235 Queens Quay West in the heart of downtown Toronto’s waterfront.

Alfredo De La Fe
Saturday, July 16, 9:30 p.m. (WestJet Stage)
Cuban-born violinist Alfredo De La Fe has toured the world more than 30 times and has been  featured on more than 100 albums with Latin music legends Eddie Palmieri, Tito Puente, Celia Cruz, Jose Alberto El Canario, Cheo Feliciano, The Fania All Stars and Santana. He currently resides in New York and is considered to be one of the biggest stars in the salsa world. 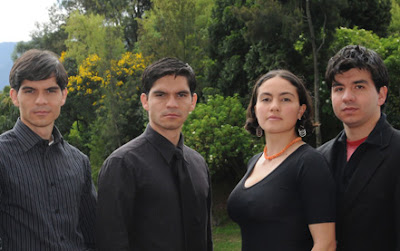 Salsa!!: José Ortega and DJ Gury Gury
Saturday, July 16, 8 p.m. (Redpath Stage)
Salsa!! is a good-natured competition between two of the most well-known collectors of salsa music in Ontario. Jose Ortega, owner of Lula Lounge in Toronto and Guelph radio host DJ Gury Gury will have 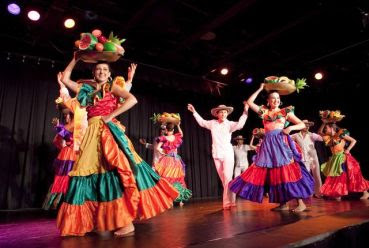 audiences dancing as they spin tunes from their unique music collections.


Caché
Friday July 15, 7:30 p.m. (Redpath Stage)
Caché is one of the leading bands on the Latin music scene in Toronto. The band is made up of musicians with a variety of ethnic backgrounds: Colombian, Venezuelan, Canadian, Italian and Cuban. This cultural combination produces the band’s unique Latin sound that’s seamlessly combined with a touch of jazz.

Baru-Vibes
Sunday, July 17, 4:45 p.m. (WestJet Stage)
Toronto-based Baru-Vibes was founded by Colombian-born Juan Carlos Medrano. His musical roots are grounded in the folkloric rhythms and sounds of the Colombian north coast. His first CD, Poco a Poco, released in the early part of summer 2011, will be performed live for the first time at Habourfront Centre. 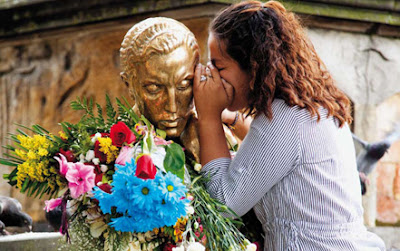 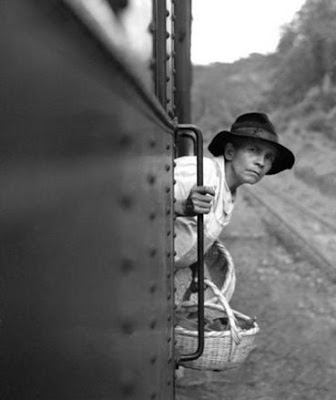 Photo Exhibition: Photography Contest
Friday, July 15, Saturday, July 16 & Sunday July 1, all day (Marilyn Brewer Community Space)
This past April, members of the Colombian community were asked to submit photographs for a Colombia-themed photography contest. Pre-selected images will be on display, along with the winning photograph.

Photo Exhibition: Nereo López Meza
Friday, July 15, Saturday, July 16 & Sunday July 17, all day (Marilyn Brewer Community Space)
Colombia's most famous photographer, Nereo Lópe z Meza, has spent 60 of his 86 years working for his country's newspapers and magazines, traveling around the world with personalities such as Gabriel García Márquez and Pope Paul IV and capturing presidential visits to Colombia by John F. Kennedy and Richard Nixon. But it is his photographs of the Amazon jungle, the streets of Bogota and the Magdalena River where his genius is truly revealed. (his image left)

BOGOTA MMX – 200 years after
Friday July 15, Saturday, July 16 & Sunday, July 17, all day (location TBA)
The BOGOTA MMX – 200 years after art exhibition and corresponding book features photographs of daily situations, people and animals in Colombia’s capital city. This book will be part of the documents included in Bogota’s Bicentenary Urn (a time capsule) closed in May 2011 that is scheduled be opened on July 20, 2110. (an example above)

La Palabra se Toma la Palabra: Juanse
Saturday, July 16, 3:30 p.m. (Studio Theatre)
Amazing Professional Events highlights Colombian creativity is highlighted through writings that express the deep thoughts of local community writers such as Camilo Ramírez, Freddy Vélez, Patricia González, Jackeline Barragán and William Serrano. Their rich imagination brings a unique reflection of our diversity and the cultural contribution to the Colombian Diaspora. Singer-songwriter Juanse will also present a variety of songs about being away from home, love and destiny.

Exhibit: And What Did You Bring?
Friday July 15, Saturday July 16 & Sunday July 17, TIME TBA (Boulevard Tent)
Participants are asked to imagine a scenario where they are forced to leave their home. What would you bring with you? This exhibit showcases unique and sentimental objects that Colombian immigrants could not leave behind.
columbian culture columbian music harbourfront centre toronto latin american art and culture in toronto outdoor music in toronto south american visual arts