Interview with a Legend: Thomas Mapfumo on Exile and the Future 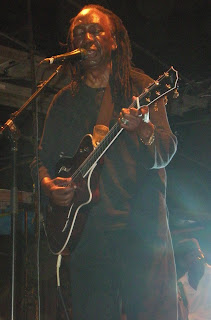 Thomas Tafirenyika Muchadura Mapfumo, popularly known as Mukanya, is charming and gracious to a fault, even though I interrupted his lunch the other day to talk to him between his two Toronto appearances and just before he set off again for his upcoming show at NYC's venerable The Mercury Lounge on July 15, with a Brooklyn show on July 20.

The tour comes on the heels of his latest release, Exile. Till late last year, fans of the Chimurenga pioneer had to make do with 2009's African Classics: Thomas Mapfumo

, a CD of rare and previously unreleased material on the Sheer Legacy Label, Exile coming a full five years after 2006's Rise Up

. His music banned from Zimbabwe's airwaves, he's felt it unsafe to return to his homeland since 2004. Along with the upheaval of his permanent move to the U.S., he credits the cost of recording and a perfectionist attitude about his work for the long delay.

"Exile took so much time because sometimes we go in the studio and record something, and then you take it home and listen. You find a lot of mistakes and you want to do it over," he explains.

Listening to the CD, I'm swept along by the beauty of the melodies, with the familiar and infectious polyrhythmic base and his expressive, unmistakeable voice. The usual range of instrumentation includes mbira (of course!) and is bolstered by great back-up vocals and the young American duo who make up his horn section. The album begins with Ngandariro (N.B. - a new song, not his 1991 album of the same name). Shona has levels of meaning that make its literal translation to English difficult, but loosely, the word means "reminiscence", and it's an achingly lovely track that falls into the album's overall theme whether you 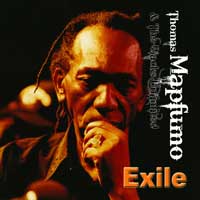 understand the lyrics or not.

The CD includes two outstanding songs in the traditional mbira repertoire, Karigamombe and Bukatiende, along with one sung in English, the Caribbean-flavoured Universal Love. Many of the songs feature what I'd call Pan-African influences, including melodic guitarwork that would be equally at home in West Africa as in his native Zimbabwe. "Some of them are typical Zimbabwe," he says, "some of them are just African songs. We don't only speak for Zimbabwe, we speak for all of Africa." The mixture of influences goes along with the Exile theme. "That's right," he acknowledges, "because we are living in exile, now that we are permanent residents. We have our Green Cards."

The music is tight, with a raft of contributing musicians including longtime friend and collaborator Banning Eyre (who studied with Djelimady Tounkara in Mali). "So many musicians were involved," he says. "Matt Gordon was one of the best, and Chris Muchabaiwa." It comes as no surprise that both are bass players, so key to his music, with Chris also taking on back-up vocals and drums. He's also joined on the album and on tour by younger brother Lancelot Mapfumo, who plays on hosho (traditional Shona gourd rattles) and congas.

The man who penned and sang Mothers, send your sons to war has been tempered - although I wouldn't say softened - by an older man's maturity and perspective. One of the tracks is the reggae flavoured 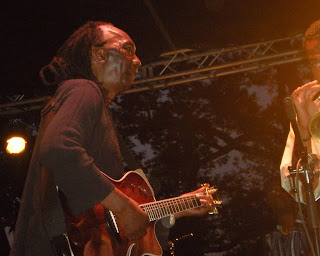 Ruregerero. "(It's) a reggae song, it's about forgiveness," he says. "If I do wrong, you have to realize I'm human - you have to forgive me. And if you do me wrong, I will do the same for you."

Thomas is hopeful that it's the right time for good things to happen in Zimbabwe and elsewhere on the continent. "I think it will come soon," he says. "The rest of the world is fighting against dictatorship." One of the tracks deals directly with that subject. "Track 7 (Ndambakuudzwa) is about one who believes in himself and doesn't take the views of other people into account." Still, the song (one of my favourites) offers the hope that dictators can be reformed. "It actually helps to understand what people want," he offers them, although his scorn for those figures until they do reform themselves (and it's clear who he's speaking to and about, even if he doesn't name names,) is undiminished. "As you claim to be liberator of your people, so why are they crying today? If they want to free Africa, they have to get rid of the dictators."

In the meantime, there's Exile - and perhaps the best part, fans won't have to wait another five years for a follow up release. "We are in the process of recording a new CD," he reports. "It's a mixture of different types of music, some in English, some in Shona." 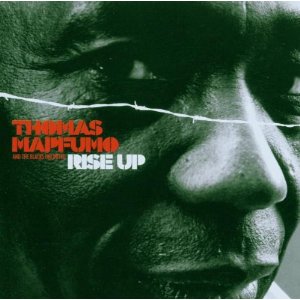 A video sampling from Exile: