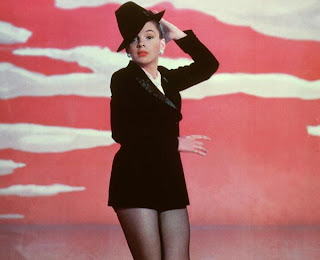 Impressive retrospective of Judy Garland’s films will feature 31 titles including a presentation of seldom seen short films and rarities as well as a special “sing-along” screening of THE WIZARD OF OZ.

THE PALEY CENTER announces
JUDY GARLAND: THE TELEVISION YEARS
July 20 – August 18
First comprehensive retrospective of Garland’s television appearances highlighted by The Judy Garland Show as well as performances on The Ed Sullivan Show and The Tonight Show, among others

New York, NY, July, 2011 - On the occasion of what would have been Judy Garland’s 89th birthday, the Film Society of Lincoln Center and The Paley Center have announced the details today for FSLC’s 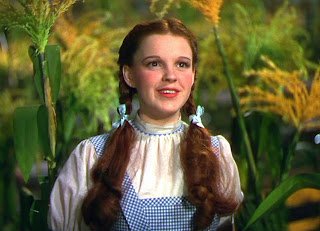 With autumn marking the 75th anniversary of Judy Garland's feature film debut (PIGSKIN PARADE, 1936), the Film Society of Lincoln Center will screen 31 titles from July 26 – August 9, including each of her big-screen acting performances, to pay tribute to the incomparable talent known as Judy Garland. All but two films will be presented in 35mm, with the two exceptions (THE WIZARD OF OZ and A STAR IS BORN) presented in stunning 4k digital restorations.

How can you not love Judy?

All Singin’, All Dancin’, All JUDY! will mark the first-ever United States celebration of Judy Garland’s movies to be presented by an arts organization of this kind as well as being the most complete and comprehensive retrospective of her films since the London National Film Theatre’s program 40 years 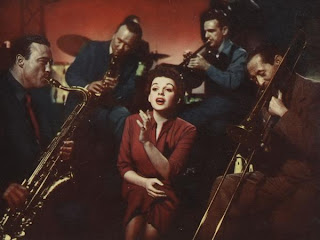 The program will be coordinated with and produced in association with The Paley Center, which will present the first comprehensive retrospective of Judy Garland’s television work called JUDY GARLAND: THE TELEVISION YEARS from July 20 – August 18. In addition to highlights from The Judy Garland Show, which allowed her to share the spotlight with such entertainers as Mickey Rooney, Barbra Streisand, Ethel Merman, and Peggy Lee, the screening series will include rarely shown guest spots Garland did on such programs as The Ed Sullivan Show, The Tonight Show, The Sammy Davis Jr. Show, On Broadway Tonight, and The Jack Paar Program.

• For more information go to www.paleycenter.org.

Highlights of the films being screened at the Walter Reade Theater (165 West 65th Street, between Amsterdam Avenue and Broadway) will include; a sing-along screening (co-presented with NewFest) of THE WIZARD OF OZ (1939); screenings of the Andy Hardy classics that teamed Garland with Mickey Rooney (LOVE FINDS ANDY HARDY (1938), ANDY HARDY MEETS DEBUTANTE (1940) and LIFE BEGINS FOR ANDY HARDY (1941)); classic and beloved musicals (MEET ME IN ST. LOUIS (1944) and EASTER PARADE (1948)); and her Academy Award nominated performances in A STAR IS BORN (1954) and JUDGMENT AT NUREMBERG (1961).

Another highlight will be a presentation of short films and rarities hosted by noted Judy Garland and THE WIZARD OF OZ authority, historian and author, John Fricke on Friday, July 29 at 7:30PM. An Emmy winner and Grammy nominee for his work on various Garland-based documentaries and recordings, Fricke will be on hand throughout the retrospective to discuss and add insight into the film legend’s career. He is an author of several books on the subject of Garland, THE WIZARD OF OZ and L. Frank Baum (the author of The Wizard of Oz), and will be signing copies of his latest book published by Running Press, JUDY: A Legendary Film Career

on Friday, August 5 at the Walter Reade.

FSLC Program Director Richard Pena said, “The idea for this series occurred to us when we were presenting the restoration of THE WIZARD OF OZ at the NYFF in 2009. In discovering the amazing number of web sites, festivals and fan clubs still devoted to Judy Garland, it was clear that she is still very much alive and part of our culture. Working with John Fricke, we have been able to assemble an unprecedented panorama of her work. We’re delighted to give Judy Garland fans and New York film goers an opportunity to see one of the truly magical screen icons up on the big screen, where she belongs.”

• COMPLETE FILM LINEUP FOR All Singin’, All Dancin’, All JUDY!