Joel Rubin’s clarinet can trill like a sparrow, wail like the life of the party, and sing like a voice in sacred rapture. Deeply connected to the lost-and-found world of klezmer—he wrote one of the first major scholarly works about it—Rubin takes old-world frolics and hasidic songs, and interprets them with freewheeling verve and classical lyricism.

. The duo transforms the secular and sacred sounds of the Jewish world into an utterly contemporary vision embracing everything from the funkiest Rhodes lick to the intensity of modern minimalism.

As a dedicated academic researcher, ethnomusicology professor at the University of Virginia, and experienced music educator, “I’ve often been pigeonholed as a traditionalist, but I’ve never tried to play as if I were from the 19th century,” Rubin reflects. “I’ve always played contemporary music and been moved by avant-garde jazz and classical approaches. Everything telescopes, the traditional and the edgy.” 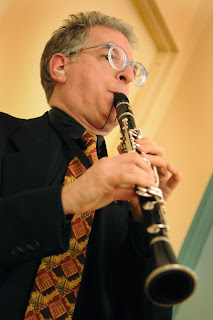 Rubin’s wide-reaching, groundbreaking sound will also be featured at a retrospective concert October 11, 2011 at 8:30 pm at Sixth Street Community Synagogue (325 E. Sixth Street in Manhattan, as part of the East Village Klezmer series). Joining Rubin will be tsimbl (hammered dulcimer) player and longtime collaborator Pete Rushefsky, in an evening paying homage to Rubin’s thirty-year contribution to the klezmer revival and contemporary music.


+++
Rubin grew up hearing the sounds of many musical worlds—the Yiddish and Slavic folk songs played by his Ukrainian-born grandfather; the opera and contemporary classical recordings of his other, native New Yorker grandfather; the Coltrane and Miles records that fascinated him as a boy. A talented classical clarinetist, Rubin moved away from a career as an orchestral player in favor of the blossoming underground of klezmer, a movement quietly expanding on the East and West Coasts in the 1980s. 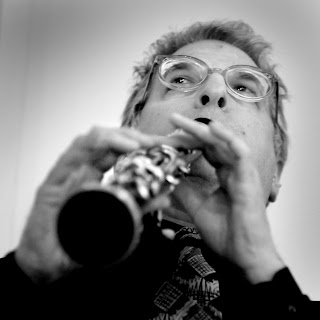 Introduced by some Boston musician friends to the seminal work of klezmer clarinet whiz Dave Tarras, Rubin was intrigued and began learning repertoire from old recordings. He was soon an accomplished performer, landing spots on Prairie Home Companion and teaching gigs across the U.S. and Europe. While researching a book on klezmer, Rubin began collaborating with klezmer clarinet master Max Epstein, who demonstrated a special sense of rhythm vital to the early 20th-century feel of klezmer.

“Max was already about 78 when I first started working with him,” Rubin recalls. “So he was not in his prime, but he was still amazing and had made these wonderful recordings in the 1940s and 50s. It was hard to define, but Max had a really open approach to the beat. He used really fluid phrases with lots of notes that shifted around the rhythm and across bar lines.”

Rubin and Caine channel this swing on tracks like “Kiever,” an old David Tarras tune, hinting at the good-time intersection of klezmer and Caine’s background in Philadelphia’s jazz scene.

Rubin and Caine connected after repeatedly running into each other on stage. Equally at home playing Schumann with a major orchestra and leading a jazz trio, Caine could easily find engaging foils for Rubin’s mix of ancient and newly minted tunes, sometimes turning to his Fender Rhodes, and sometimes (on “Yiddish Soldier”) balancing Rubin’s bright clarinet with rich Hammond organ.

The unexpected blend of timbres adds fresh depth to contemporary compositions as well as traditional melodies. Rubin’s musical contribution to Roman Polanski’s The Pianist, ultimately left on the cutting room floor, gains a new life and meaning with Caine (“The Pianist”). On “Yiddish Soldier,” Rubin and Caine intertwine a World War I-era klezmer classic with a tune written by former Klezmatic Alicia Svigals.

Regardless of their origins, the pieces reveal the intuitive musical connection between Rubin and Caine, a connection that vibrates with the spontaneity of two well-seasoned musicians jamming for the joy of it. “Playing with Uri immediately affected the way I would phrase the music,” Rubin notes. “I always try to find some common ground, to blend with whoever I’m playing with.”