NEW YORK - June, 2011 – Joe’s Pub (Director Shanta Thake), and The Annie O. Music Series (Annie Ohayon) announced that they will be co-hosting a series of salon performances this summer at The

Cooper Square Hotel. This April, Joe’s Pub, a vital part of New York City’s cultural landscape, announced a three month hiatus in programming, beginning July 2, to undertake an interior redesign and renovation. During this temporary closure, Joe’s Pub will be continuing its dedication to presenting a wide variety of performing arts at affordable ticket prices to the New York and, specifically East Village community.  Serving more than 100,000 audience members and presenting over 800 performances annually, this is the first time in 13 years of operation that Joe’s Pub has closed its doors for an extended period of time.

“We knew our artists and audiences would be going through withdrawal this summer without the wealth of shows to choose from at Joe’s Pub,” said Joe’s Pub Director Shanta Thake.  “This summer salon series will be a great opportunity to see artists in an intimate space with beautiful views of the city while the staff of Joe’s Pub prepares for our incredible fall programming.” 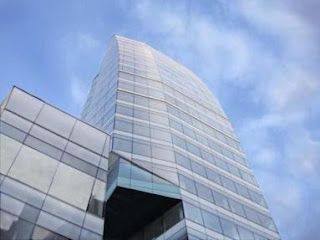 The salon performances, which will take place in the hotel’s scenic 21st-floor penthouse, are open to the public and will represent the quality and diversity of programming which is paramount to the mission of Joe’s Pub.  In addition to the performances, concert attendees will have access to a breathtaking, 360-degree view of Manhattan from the penthouse’s floor-to-ceiling windows and wrap-around terrace. Drinks will be available for purchase from a full bar.

"The Cooper Square Hotel, which is home to many creative talents, established our successful Annie O. Music Series just over a year ago,” says The Cooper Square Hotel Managing Partner Klaus Ortlieb.. “We are excited to co-host the Summer Salon Series with our neighbor, Joe's Pub, so musicians and patrons of the legendary venue can enjoy summertime concerts in our penthouse which offers an intimate setting and great views.” 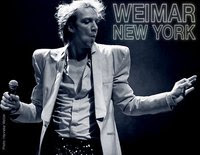 WEIMAR NEW YORK
Wednesday, July 13 at 9:00 PM; $25
First presented at Joe’s Pub in 2006, Weimar New York is a theatrical cabaret juxtaposing the aesthetics and music of Weimar-era Berlin with those of the contemporary downtown performance scene in New York.  Conceived and produced by downtown impresario Earl Dax, the show's central ambition - to illustrate uneasy parallels between Germany then and the United States now - seems uncanny in light of the rise of the Tea Party and would-be Presidential candidates serving as right-wing television personalities.  This special showcase performance is hosted by Dutch cabaret star Sven Ratzke.  Ratzke made his U.S. debut last year as a guest in Weimar New York at Abrons Arts Center, and he returns this year to host back-to-back performances of the show at the Spiegeltent at Bard SummerScape on July 15 and 16.  Featured performers include legendary performance artist Penny Arcade, neo-cabaret artist Kim Smith, multi instrumental singer/songwriter Geo Wyeth, and Machine Dazzle and Darrell Thorne of The Pixie Harlots.

SXIP SHIREY AND RAYA BRASS BAND
Wednesday, August 3 at 7:00 PM; $15
The innovative and surprising music of Sxip Shirey and the Balkan funk of Raya Brass Band at first might at first seem like an odd pairing but they share a New York lineage that includes the dance parties of Gemini and Scorpio, underground art events and backyard BBQs in Brooklyn.  With harmonica and megaphone in hand, Sxip Shirey surprises with red marbles rolling in electroacoustic glass bowls, industrial flutes, bass siren whistles, a regurgitated music box, and a whole bag of tricks.  Raya Brass Band is the sort of brass band that gleefully mashes up the music of Eastern Europe with funky American dance grooves, Reggaeton, and whatever else it gets its hands on. 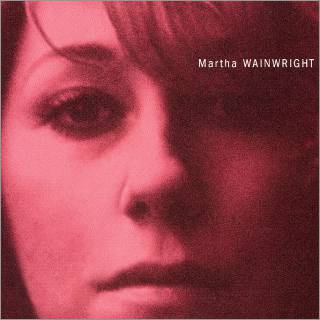 MARTHA WAINWRIGHT
Monday, August 22 at 7:30 PM; $20
With a hugely expressive voice and an arsenal of powerful songs, Martha Wainwright is a beguiling entertainer and a refreshingly different force in music. She took the first step in her own recording career in 1998 when she contributed her song ‘Year of the Dragon’ to her mother and aunt’s album The McGarrigle Hour. The same year she started singing back-up for her brother Rufus both live and on record. In 2005 she released the eponymous ‘Martha Wainwright’ to great critical and commercial acclaim and in 2008 followed it with ‘I Know You're Married But I've Got Feelings Too’. Martha toured the world last year, promoting her third album, ‘San Fusils, Ni Souliers A Paris: Martha Wainwright’s Piaf Album’. The extraordinary and powerful album and show, a homage to the great Edith Piaf, was received with glowing reviews and left  audiences stunned by Martha’s incredible range and talent. In 2010 she also headlined her own outdoor show in London’s Regents Park. Currently, Martha is hard at work on her next studio album and caring for her beautiful son with Brad Albetta, Arcangelo. 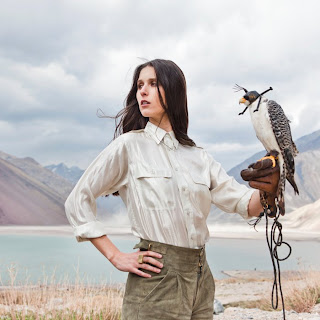 FRANCISCA VALENZUELA
Tuesday, September 20 at 7:30 PM; $15
Francisca Valenzuela is a singer, songwriter, composer, producer and multi-instrumentalist. Born and raised in California, until moving to her current hometown of Santiago, Chile at age 13. She is currently launching her second album called Buen Soldado which was produced by Vicente Sanfuentes (Sr.Coconut, Gepe, Matias Aguayo), Mocky (Feist, Jamie Lidell) and Francisca. Her songs range from piano pop rock, to some more jazzy, or even folkly tunes. Her lyrics refer to social or political issues, personal stories, intimate reflections, humor and love stories.

THE ANNIE O. MUSIC SERIES AT THE COOPER SQUARE HOTEL is a showcase series for musicians around the city and the world. Annie Ohayon, former publicist for Lou Reed, Peter Gabriel, Pearl Jam, Angelique Kidjo and Bebel Gilberto, among others, curates the intimate and acoustic concert series. The series has hosted artists such as Amadou and Mariam , Zak Glass, Moby, Laurie Anderson; Angelique Kidjo; John Forte, formerly of The Fugees; Tibetan singer Yungchen Lhamo; DJ Spooky; and more