Off-Broadway Deal: Death Takes A Holiday
A Great Show, An Illustrious Cast at Up to 45% Off
to September 4, 2011 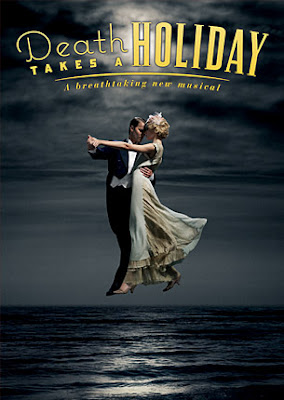 New York - This world premiere musical is a rare chance to see an illustrious cast of Broadway’s finest performers in an intimate theatre setting. Based on the beloved play, Death Takes a Holiday features an enchanting story adapted by Tony Award-winning bookwriters Peter Stone (1776) and Thomas Meehan (Annie, The Producers, Hairspray) and lush, romantic songs by the Tony Award-winning composer-lyricist Maury Yeston (Nine, Titanic). This soaring new production about the power of love to change, inspire and sustain us is directed by Tony Award winner Doug Hughes (Doubt).

When the loneliest of souls arrives at an Italian villa disguised as a handsome young prince, he experiences the joys and heartbreaks of life for the first time. But when he unexpectedly falls in love with a newly engaged young woman, the mysterious stranger discovers that love may in fact be stronger than death.

Based on the 1928 dramatic play by Alberto Casella and rewritten for the American stage by Walter Ferris, and produced by Messrs. Shubert.

1. Click on the discount and use code DTBBOX2
2. Call 212-719-1300 and mention code DTBBOX2
3. At this link, click on "View Discount" and then print it out & bring it to the Harold and Miriam Steinberg Center for Theatre/ Laura Pels Theatre Box Office, 111 West 46th Street.

* there is some fine print - read it well at the link!