Off-Broadway Hit Back on Stage: Nilaja Sun's No Child

Off-Broadway Hit Back on Stage: No Child
at the Barrow Street Theatre, New York 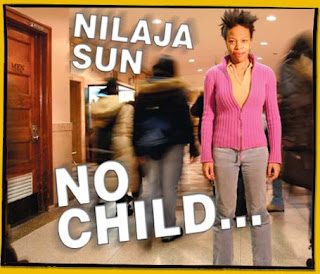 Written and Performed by Nilaja Sun
Directed by Hal Brooks
continues to August 14, 2011

Obie Award-winning actress and solo performer Nilaja Sun will return to Barrow Street Theatre in her Off-Broadway smash No Child... which began performances at BST in 2006 and ran for an astonishing 311 performances, playing to sold-out audiences for over a year.

No Child... is a tour-de-force exploration of the New York City public school system, in which Sun fearlessly transforms with rapid-fire precision into the teachers, students, parents administrators, janitors and security guards who inhabit our schools and shape the future of America, making this play one of the most acclaimed theatrical events in recent years.