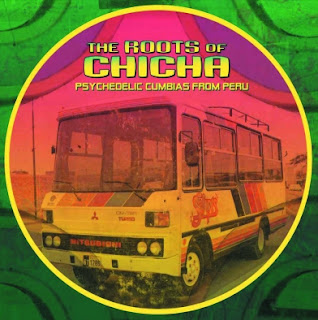 . Chicha has not only joined the ever-growing cumbia family as one of its established cousins, but all over Latin America, it has attained cult status and reached out to audiences until then more accustomed to listening to Rock En Español – or Rock En Ingles for that matter – than any form of Tropical music. Chicha has now crossed social and geographical boundaries and can be heard at parties around the world.

Of course, parties theses days require vinyl. For those of you who can’t afford to go scour the used bins of Quilca, we thought we’d make it easier and release a double LP with some of the best songs from Roots of Chicha volume 1 and 2. We have teamed up with label and distributor Fatbeats -who know a 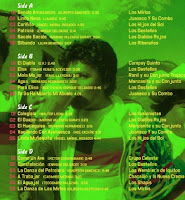 The Roots of Chicha
Psychedelic Cumbias from Peru.
Special Double Vinyl Edition
• 23 tracks from Roots of Chicha Volume 1 and 2.
• This is a double album with a gatefold and a beautiful 11x11 twenty page booklet. 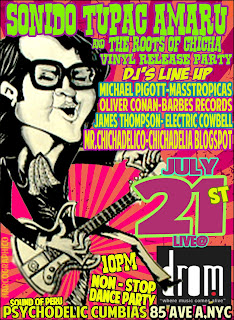