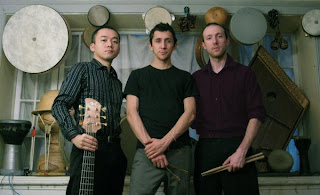 Lauded as the "Jimi Hendrix of the Hammered Dulcimer" by NPR, Max ZT is an innovator of the instrument. Taking his roots from classical Irish folk music, Max has transplanted his compositional techniques to both Senegal, where he studied Mandinka technique with the Cissoko griot family, and to Mumbai, India, where he received a grant to study under the great santoor master Pandit Shivkumar Sharma. His fresh perspective and bold experimentalism have been the backbone to beautiful, complex and genuine compositions where his unorthodox playing style has been a pioneering force in revolutionizing dulcimer techniques.

Tinariwen (Tamashek for "empty places") is a musical band formed in 1982 in Moammar al-Qadhafi's camps of Tuareg rebels. They play in the Tishoumaren ("music of the unemployed") style, and sing mostly in the French and Tamashek languages. Their songs talk about independence for their people from the government of Mali. They are said to be the first Tuareg band to use electric guitars. 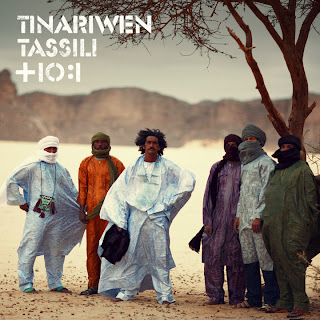 Having recorded many albums available on cassette over their eighteen years, the group recorded their first album for the CD format in December of 2000; the album was known as The Radio Tisdas Sessions

and was their first recording available outside of Africa. The Western world first took great notice of Tinariwen due to their performance at Le Festival au Désert, a musical festival held in Tin-Essako, Mali, a remote region of the Sahara Desert, in January of 2001.

’ (“Water Is Life”),  established them as one of the most popular and best selling African groups on the planet. They followed it up with 2009's ‘Imidiwan

’ (“Companions”). Over the past seven years, the group have played over 700 concerts in Europe, North America, Japan and Australia. Their name has graced the bills of most of the world’s premier rock and world music festivals including Glastonbury, Coachella, Roskilde, Paleo, Les Vieilles Charrues, WOMAD and Printemps de Bourges.

On this enthralling new album, Tinariwen have set down their electric guitars and returned to the very essence of their art. Recorded in a protected region of the South-Eastern Algerian desert, the group returned to the roots of their music, with only acoustic guitars and unamplified percussion. During recording, the band was joined by Tunde Adebimpe and Kyp Malone of the band TV On The Radio. Later on, guitarist Nels Cline (Wilco) and the horns of the Dirty Dozen Brass Band contributed to create an album that reaches deep into the essence of Tinariwen’s sound while simultaneously opening itself to the surrounding world. (You'll hear a sampling of it in the video below)

• Tinariwen is also playing at the Vancouver Folkfest on July 17, and the Grassroots Festival in New York on July 21.