To China with Love: Canada's Shumka Ukrainian Dancers on Tour Aug 3 to Sept 14

Edmonton, AB – Canada’s Ukrainian Shumka Dancers will celebrate half a century of Shumka’s dance tradition in a whirlwind of colour, power, and grace with the people of China during a 14 city tour, 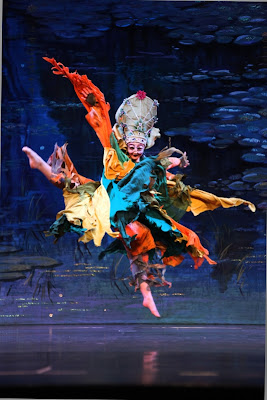 beginning August 3, 2011.  Shumka will present SHUMKA at 50 - featuring retrospective and all-new works highlighting Shumka’s distinct style and innovation.  Performed by Shumka’s 40 talented dancers, SHUMKA at 50 will be a breathtakingly powerful production celebrating the artistic evolution of traditional dance in Canada, celebrated with the passionate people of China.

First touring China in 2004 and 2007, Shumka visited the finest stages of the region.  The 2011 return of Shumka will see the company perform in nearly double the amount of cities from their inaugural visit.   SHUMKA at 50 in China begins at the Dongguan Yulan Theater with performances August 3 & 4, and will continue through 13 additional cities, for a total of 23 performances.   The tour concludes at Zhengzhou He’nan Arts Center with two final performances September 13 & 14.

Shumka presents full-length, professional dance theatre touring productions, as well as intimate concert repertoire, across Canada and around the world. These productions marry the genre of Ukrainian dance with classical and contemporary movement to create dramatic storylines, which are recognized as distinctively Shumka-style.

In the words of the Edmonton Journal's veteran dance writer, Pamela Anthony, “Shumka has turned the idea of folk dance into a living, breathing art form and emerged as one of the most contemporary dance companies around." 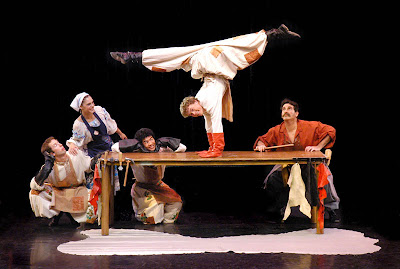 All works presented in SHUMKA at 50 feature choreography by Dave Ganert, Viktor Lytvynov, John Pichlyk and Tasha Orysiuk; sets and costumes by Maria Levitska of Ukraine’s National Ballet and Opera; music composition, arrangement and orchestration by Yuri Shevchenko and Andriy Shoost of Kyiv, Ukraine; and music recorded in Ukraine by the 60-piece Kyiv City Opera Orchestra. SHUMKA at 50 is directed by Gordon Gordey.

Fans of Shumka can stay connected with the latest tour updates directly from dancers in the company, by visiting www.shumka.com.

Produced by Sulyma Productions Inc., SHUMKA at 50 in China is made possible with the support of Alberta Foundation for the Arts, Edmonton Arts Council, Canada Council, Alberta Lotteries and the Alberta China Office.

An excerpt of Shumka's Cinderella: