and improvisers, Stampede Breakfast is a benefit for Second City alumnus Derek Flores.

Flores has a son living in New Zealand, where he has also been living until recently, when his visa renewal application was denied. Stampede Breakfast will raise funds to help with the extensive legal fees to enable him to return to New Zealand and be with his son.

The performance will consist of two acts: a 45 minute variety show featuring music, sketch and stand-up comedy, followed by a second act of world-class improv. 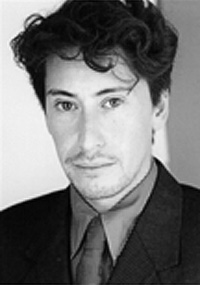 Stampede Breakfast is named for the Calgary tradition of hosting free pancake breakfasts during the annual Calgary Stampede. Flores and many of the performers in the July 7 benefit hail from Calgary, where they met at the famed Loose Moose Theatre. Stampede Breakfasts have been an annual tradition for ex-pat Calgarians living in Toronto since Flores hosted the first one in 2001.

Die-hard underground comedy fans will remember Flores from more than just Second City. The DK Ranch (the apartment at College & Spadina where Flores used to live) was a venue for many unusual and rowdy variety performances which were hosted on the third floor deck overlooking the city. Stampede Breakfast features many artists who got their start performing at the DK Ranch.

Derek Flores and Vinyl Burns whipping up the crowd at the Paramount Theatre in 2008: