“Rick Miller’s stunning and virtuosic collaborations with Daniel Brooks,” says Artistic Director Ken Gass, “have re-defined the limits of the ‘one-man’ show, creating highball cocktails of humour and theatrical imagination to address the vital themes of our age.”

Miller is also pleased to be back at Factory Theatre: “It feels like the right home for these shows. Bigger Than Jesus was a big hit here in 2004 and 2005, and HARDSELL needs this kind of environment - slightly counter-culture and open to risk.” Entertainment Weekly has called Miller “one of the 100 most creative people alive today.” His biography includes collaborations with Robert Lepage and Peter Gabriel; most recently, he starred as Brian Mulroney in the satirical film Mulroney:The Opera. (www.rickmiller.ca). 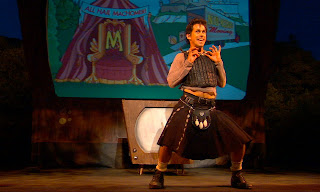 MacHomer, a WYRD Production written and performed by Rick Miller, directed by Sean Lynch and designed by Beth Kates, is Miller’s impersonation of the entire cast of “The Simpsons” doing Shakespeare’s Macbeth. This worldwide hit has now been seen by over half a million people in 170 cities, and the Factory Theatre run will come directly after a tour of New Zealand.

The WYRD and Necessary Angel co-production, co-created and performed by Rick Miller premiered in 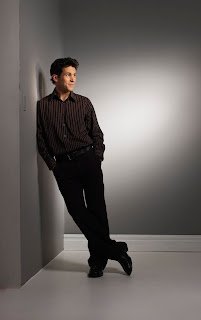 2004 at Factory Theatre to sold-out audiences, won three Dora Mavor Moore Awards and has since become an international success in six countries in four languages. Co-created and directed by Daniel Brooks and designed by Beth Kates and Ben Chaisson, Bigger Than Jesus is a “sinfully funny” multimedia mass exploring the “thorny crown” of Christianity. (www.biggerthanj.com).

• Rick Miller’s and Daniel Brooks’ HARDSELL is evolving in new directions with Miller premiering a reworked lecture/performance of the play October 13 - October 23, 2011.

HARDSELL is about marketing (sell) and molecular biology (cell), and how humans seem to have evolved into these cells that sell in order to survive.  This new version of the play is based on the original Necessary Angel and WYRD co-production, co-created and directed by Brooks and designed by Beth Kates and Ben Chaisson. HARDSELL is also evolving into a satirical TV series and an in-school information literacy seminar. (www.hardsell.org). 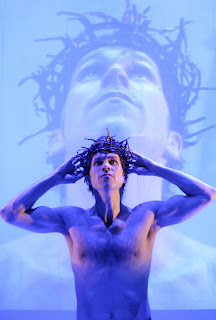