“My musical philosophy is to bring back old style roots reggae with the great musicians...a style of 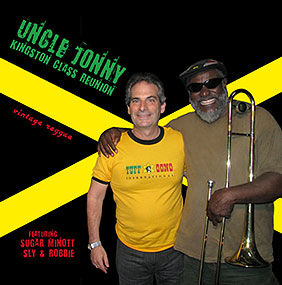 music which is almost on the endangered species list – thanks to drum machine and digital music that′s commonplace in the dancehall scene.  I′m trying to connect with all ages – including the youth with this – the real reggae music.”

Uncle Jonny is a reggae artist dedicated to preserving an artform that he is passionate about. His love and loyalty to Reggae is what has carried him thousands of miles away from home to produce and record some of the most thoughtful and reflective music coming out of Jamaica.

The results are 2 amazing CD′s recorded during several different visits to Jamaica in 2009 –2011. “Singing With Legends” and “Kingston Class Reunion” have already been getting airplay and  critical acclaim.

What sets Uncle Jonny apart from the crowd isn′t just the classic drum and bass played in real time – it′s the originality of his songs –conscious musings on love, respect, hope and human 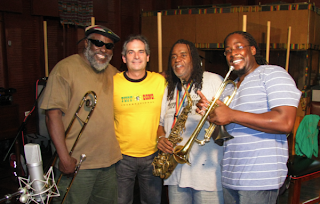 dignity. Seeded in reality, songs like "Move On" a call to end racism, and "Teach the Children" an anthem dedicated to respecting an understanding the youth show his ability to connect with relevant issues. Roots Reggae,  It′s message music that seeps into your soul.