• CHECK OUT ANNA’S VERSION OF “MY BODY IS A CAGE” 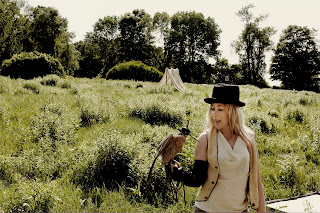 “Choosing this song to cover came about quite organically. It's actually the only song that was arranged in the studio, rather than in the rehearsals prior to recording. I really love Arcade Fire and this is a song I had been tinkering around with for a while. Kevin Salem, the producer for this session, had heard me messing around and suggested we get a recording of it. There are some truly inspiring artists out there and it's an honor to do my own version of My Body Is A Cage.”
- ANNA ROSE

Velvet-voiced songstress Anna Rose is back in the studio, announcing her presence with the release of a sultry, soulful cover of the Arcade Fire’s “My Body Is A Cage.” The daughter of composer Alan Menken and a ballet dancer, the 26-year old singer, songwriter, pianist, and guitarist is busy composing the follow-up to her phenomenal 2010 debut Nomad 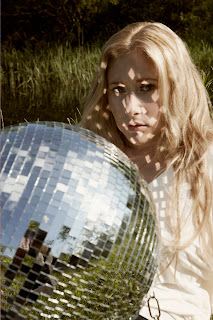 On Nomad, Anna crafted ruggedly expressive songs that impressed both critics and audiences alike, crossing the boundary of “singer-songwriter” to create a sound fully her own.  Citing influences such as Bob Dylan, Jimi Hendrix and Janis Joplin, and calling celebrated guitarist Arlen Roth her mentor, Anna proves that she comes from a place very different than the typical definition of female singer-songwriter.

Anna Rose is a true child of rock and roll, a self-taught musician who is one of today’s most dynamic performers.  First introduced to the guitar at age 5 during a family gift swap, she has proved her musical prowess time and again with her powerful voice and instinctive ability to turn classic rock basics into distinctive, memorable songs. As Jay S. Jacobs of PopEntertainment.com said, “Rose is effortlessly able to create songs that feel like you have known them for years and at the same time feel totally new.”

“My Body Is A Cage” is an exciting preview of what is to come from Anna Rose as she works on her second album.  More details on the release will be announced shortly - an a tour in the fall.